ALL Aboard For Major Housing Development At Parkhead Bus Depot Site

PLANNING permission is being sought for nearly 140 houses on the site of a former bus depot in Glasgow’s East End.

AS Homes (Scotland) has lodged an application seeking to develop three hectares at 252 Tollcross Road in Parkhead. 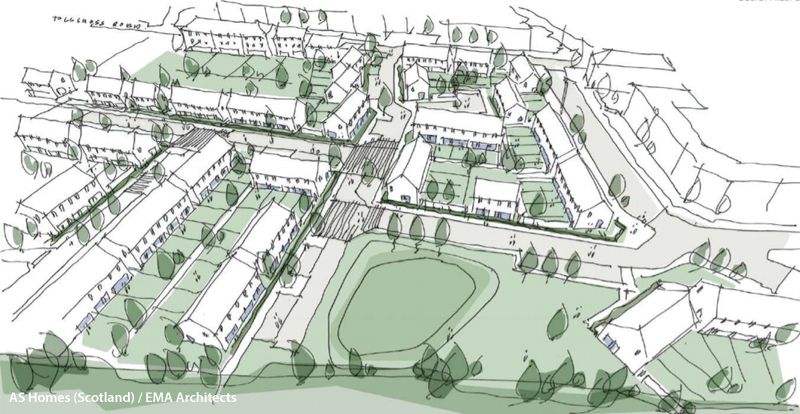 There would be 138 homes including two and three-bed family and affordable homes, a mix of two-storey terraced and semi-detached properties. They would be built in phases over three years at a rate of around 40 to 55 houses per year.

A document submitted with the application by EMA Architects states the proposals will provide a new positive street frontage to Tollcross Road and Canmore Street, including boundary walls / railings, and remove a potential focal point for anti-social behaviour and eyesore.

The development would also provide “useful and meaningful” open space, whilst ensuring the preservation and reinforcement of existing woodland around existing boundaries.

The proposal is pending consideration by Glasgow City planners.

The depot closed in 2010 and has been demolished. Work on new housing is underway to the west and south.