CONVERSION of a ‘hidden’ building in Glasgow’s Merchant City from student accommodation into rental flats is nearing completion.

The property is located within the central area of Ingram Square, with no frontage to the street, and has its own private central courtyard. It is accessed by vehicle via a pend off Ingram Street, and by foot from a pend off Candleriggs. 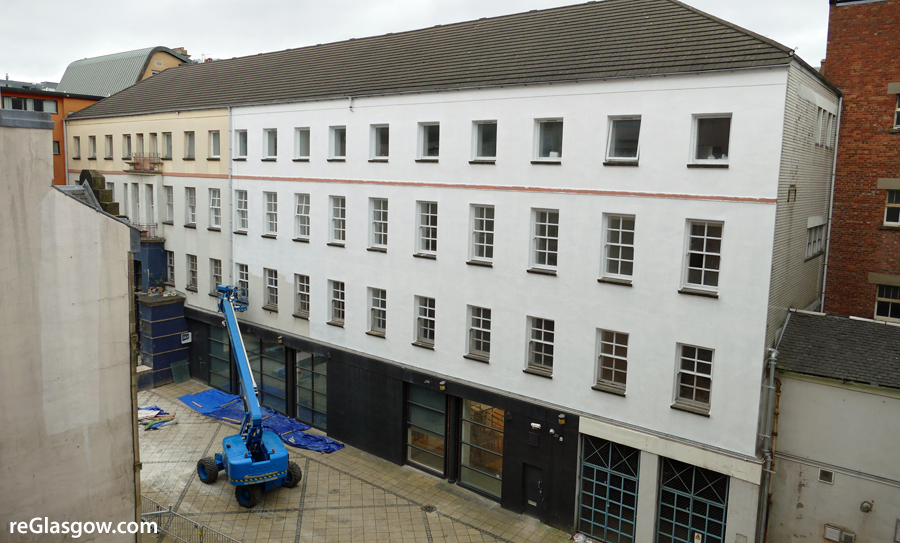 Thirty-six apartments have been created — six with one bedroom, 27 with two bedrooms and three with three bedrooms — on the three upper floors.

The number of number of bedrooms in the building has been reduced to 69, compared with 102 when it was operating as Patrick Thomas Court student residence. 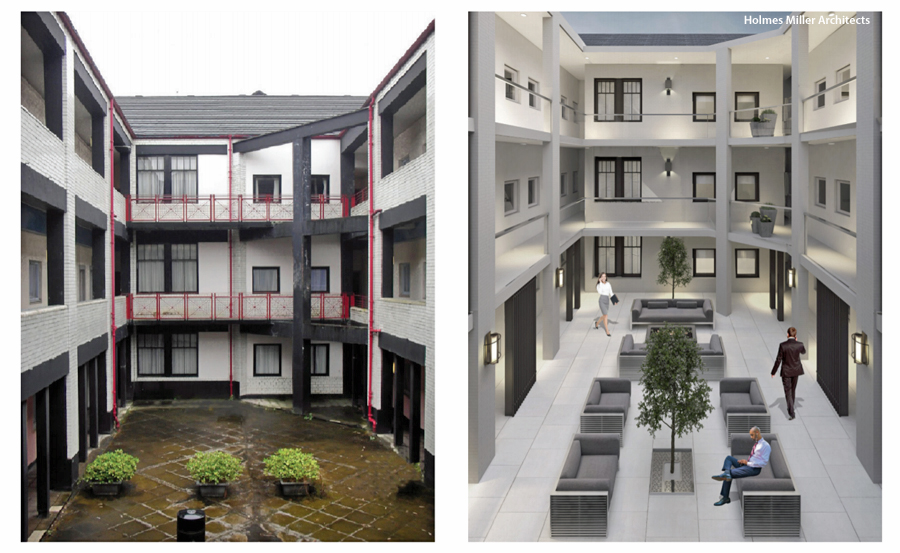 There is a car park at basement level with 18 spaces available for residents. Cycle storage is being provided.

Courtyard improvements will include seating, planting, lighting, and cycle stands.

The development by Kelvin Properties is to be known as Candleriggs Court and is to be managed by Tay Letting,