BARCLAYS Bank is to develop a huge new base at the Buchanan Wharf site in Tradeston, Glasgow.

The 470,000 sq ft site will house staff from the bank’s functions, technology and operations teams. The company has agreed to purchase the campus development from Drum Property Group Ltd and is working with them to finalise the design of the facility.

It is expected that, once completed, the campus will be able to accommodate up to 2,500 additional roles, doubling Barclays’ current workforce in Scotland and making the bank one of Glasgow’s biggest commercial employers.

Barclays also have an option to extend their campus by an additional 210,000 sq ft, in a second phase of development at the site.

Detailed planning applications for the three-block Buchanan Wharf site, which is bounded By Clyde Place, Commerce Street, Kingston Street, West Street and Centre Street, will be submitted shortly, with construction expected to begin by the end of the year, pending the appropriate consents. 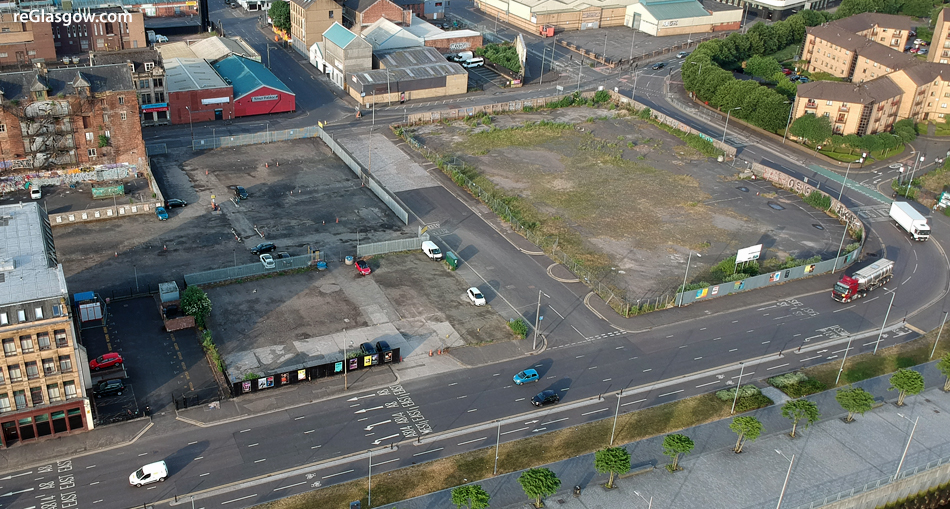 Councillor David McDonald, deputy leader of Glasgow City Council, said: “This announcement is of historic importance to Glasgow as we welcome the single biggest inward investment to have ever come to Scotland. This development on the banks of the Clyde at Tradeston will see a huge amount of Grade A office space, new homes and new jobs coming to the city centre.

“This project — which is truly on an unprecedented scale — is a game-changer for Glasgow, and will transform not only Tradeston and this part of the waterfront, but our wider economy as opportunities become available for the people and business of the city and those wishing to invest here. We are delighted with this decision by Barclays, and I am pleased that the efforts of all those who have worked so hard and long to bring this enormous and fantastic project to Glasgow have been rewarded.”

Graeme Bone, Drum Property Group’s managing director, said: “Buchanan Wharf is setting a new benchmark for large-scale development across Scotland, and we are delighted to have secured Barclay’s spectacular new campus at its heart.

“Our development will be one of Scotland’s largest single-site construction projects, bringing together over a million square feet of prime Grade A office space with residential accommodation, and an exciting mix of amenities and landscaped public spaces.

“It will be a stimulating and attractive environment in which to work, live and to visit, transforming not just this neglected part of the waterfront but the entire city centre of Glasgow — once again placing the Clyde at the heart of the city’s economic and cultural regeneration.”

|  Previous Story About The Tradeston Development

The Barclays project has been made possible through collaboration with Scottish Enterprise, with which Barclays has reached an agreement for a funding grant of £12.75million, and Glasgow City Council, which has been instrumental in turning the initial proposal into a viable scheme.

First Minister of Scotland, Nicola Sturgeon said, “This is a project that will be transformational for Glasgow, creating up to 2,500 new jobs in the heart of the city. The new campus will strengthen Glasgow’s financial services sector and shows Scotland continues to be a highly attractive location for inward investment.“I am particularly pleased that as part of this investment, Barclays has committed to employing local people who often face barriers into work, including those with disabilities and young people.”

Paul Compton, chief operating officer at Barclays, said, “The Glasgow campus, alongside others in Whippany, New Jersey, and Pune, India, is part of a global strategy to create world-class facilities for our functions, technology and operations teams. This new campus at Buchanan Wharf is a flagship project for the bank, which builds on Barclays’s long history in Scotland and clearly demonstrates our commitment to supporting the UK economy. This is a fantastic opportunity to deepen our close ties with local communities and academic institutions to attract and retain the very best talent. It will be somewhere that our colleagues are incredibly proud to work.”

Paul Lewis, managing director of international operations at Scottish Enterprise, said: “This investment has the potential to be transformative for Scotland’s financial services sector and the wider economy, and we’re delighted to have helped secure the project for Scotland and for the people of the West of Scotland.

“This investment establishes Glasgow as a key global site for Barclays, providing a platform for growth whilst also securing existing operations in Scotland. It will breathe new life into a part of the city with huge potential and bring significant new jobs, including employment specifically for disadvantaged workers.”

The funding grant provided by Scottish Enterprise states that at least 42 per cent of the new jobs will be high value, and at least 341 will be for disadvantaged workers or those who have a disability.

Barclays is long-established in Glasgow and has a strong wealth management, corporate, business banking and retail banking presence. In addition, the city is home to Smart Investor, the bank’s online retail trading platform, and a shared services centre that facilitates a number of operational and functional capabilities across the group. The centre was opened in 2010, creating 600 new jobs.