BLUEPRINT To Transform Hamiltonhill With 600 Houses And Public Realm

MORE than 600 new homes are proposed for Hamiltonhill in Glasgow under a new masterplan which aims to reinvent the area as an eco-village.

The blueprint, drawn up after extensive community consultation, includes new and improved greenspace and public realm and has been drawn up by Queens Cross Housing Association (QCHA) closely assisted by the Glasgow Canal Regeneration Partnership, led by Glasgow City Council and Scottish Canals.

The new housing will be a combination of two-storey houses and cottage flats, three-storey townhouses and three, four and five storey flats. Around half will be social housing. 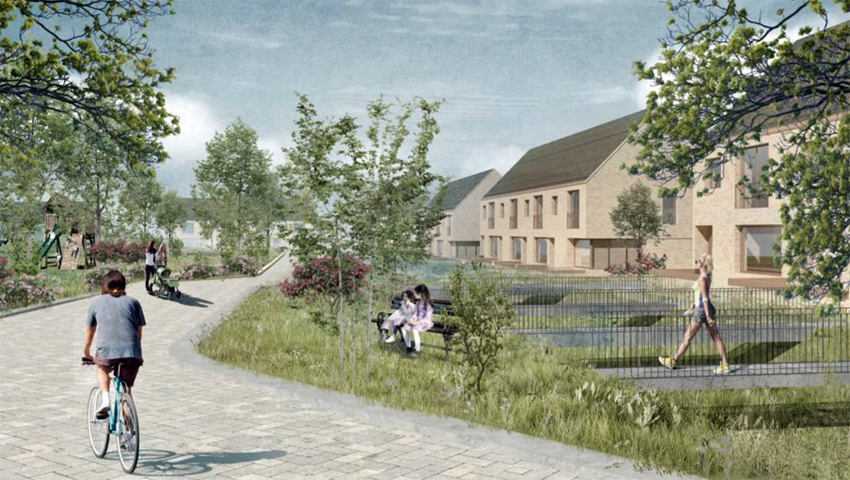 How the area will look under the proposals

Most of the housing in Hamiltonhill — which is between Maryhill and Possilpark — was built in the 1930s and 1960s, but many of the tenements from that period have been demolished, along with three local schools, leaving large areas undeveloped. 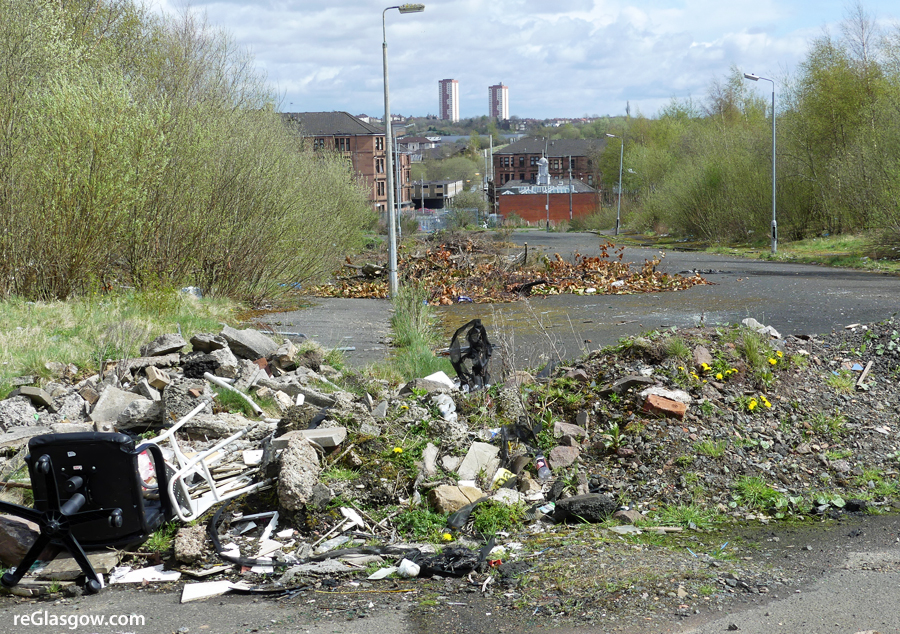 Challenges include the public sewer system lacking spare capacity; limited and unevenly distributed open space and play facilities; and the need for a modern, fit-for-purpose, pedestrian and cycling-friendly transport network.

However the masterplan states: “Despite over twenty years of disinvestment and the removal of several hundred flats, there remains a strong and easily identifiable community spirit within Hamiltonhill.” 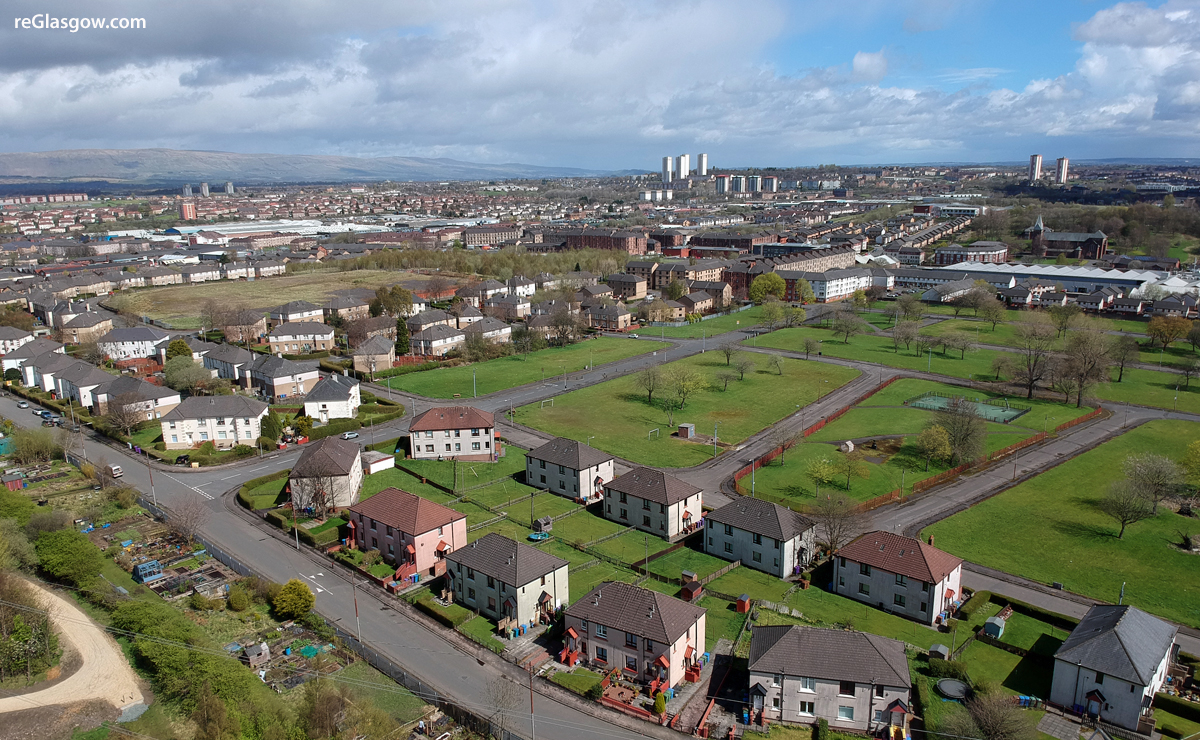 Regeneration will be carried out in four phases each delivering new housing, open space and infrastructure at four vacant sites:

— Land to the west of Ellesmere Street, previously occupied by Westercommon Primary School.

— Land to the south of Ellesmere Street and above the Applecross Basin, including some shop units, most of which are vacant. 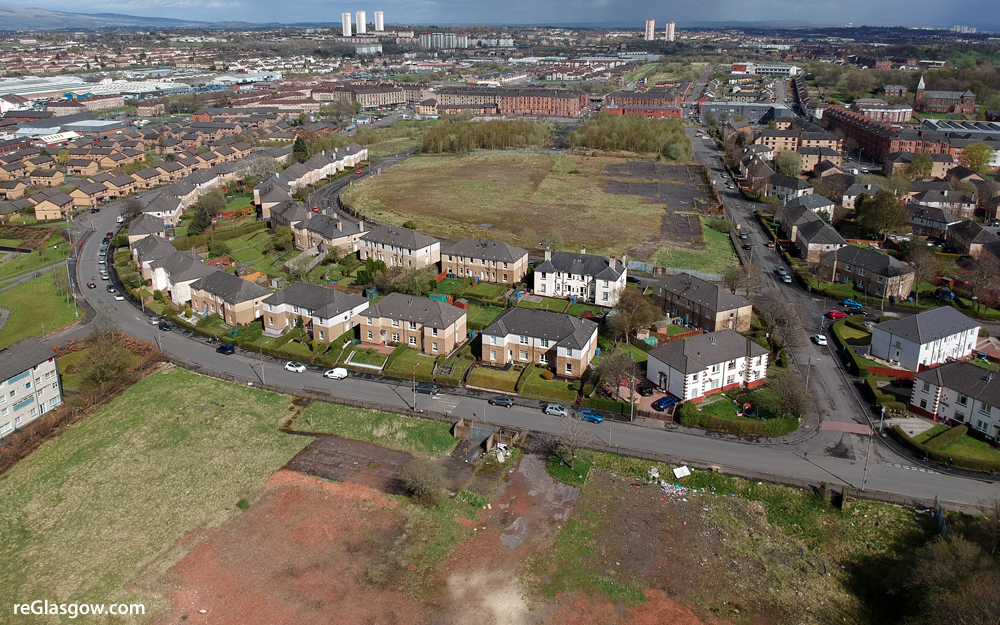 The plan emphasises a number of aims:

— Ensuring efficient and safe travel by foot, bicycle and vehicle.

— New buildings to have a high standard of design and architecture.

— Examining the market for serviced plots to provide self-build housing.

— Developing Hamiltonhill as an eco-village that performs to a high level as a “sustainable, ecology and environmentally-friendly neighbourhood”.

The masterplan continues: “There is a clear aspiration that the reinvented Hamiltonhill should become an ‘eco village’; an exemplar neighbourhood that represents a a very high level of sustainable design based on ecological principles and causing as little impact on the environment as possible.”

Next steps include Queens Cross Housing Association (QCHA) and Glasgow City Council (GCC) working towards appointment of a private developer to assist with project development and construction.

They will also identify the detailed costings and funding required to finance infrastructure provision.

It’s hoped an application for planning permission in principle covering the overall development proposals will be submitted in autumn 2018.

Funding for the first phase of around 170 social rented properties is due to be in place in the 2019/2020 financial year.