REVISED plans have been drawn up for a residential development beside the River Kelvin at Otago Lane in Glasgow’s West End.

Queensberry Properties want permission for 49 one and two-bedroom apartments in four blocks.

The new proposal would replace an already approved plan for 45 flats and four townhouses which attracted nearly 800 objections and a petition opposed to the plan signed by more than 3,000 signatures.

A statement by JM Architects included with the application explains: “There has been a previous consent on the site and one of the key objectives has been to improve on that in terms of the area of accessible public realm by providing routes and viewing points over the River Kelvin.

“The development also provides the opportunity to consolidate and improve the existing green corridor along the river edge and therefore secure its habitat, environmental and visual benefits.

“Sitting behind the 15-metre contour of the river bank and above the flood plain, the architectural character of the proposed blocks aims to fit with the existing tenemental and warehouse architecture that occurs between Gibson Street and Kelvinbridge.” 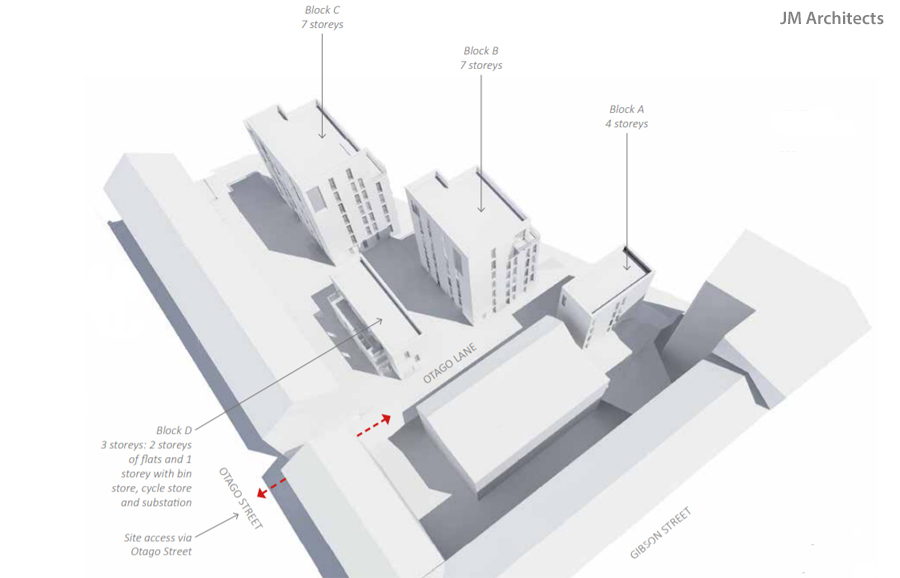 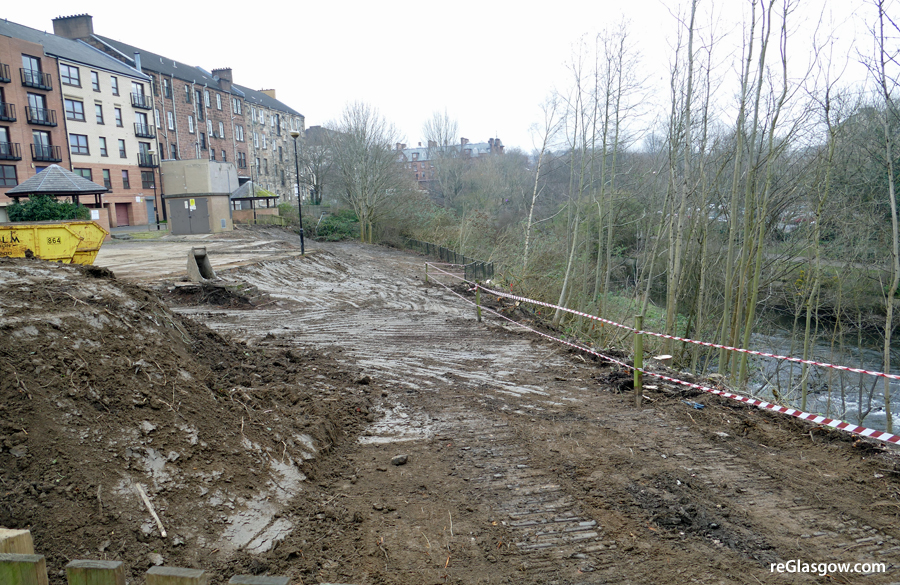 The statement points out that in the controversial earlier application — approved in 2016 — two of the blocks were to be located on the river’s edge and would no longer satisfy current flood risk requirements.

It adds that the location of those blocks raised ‘buildabilty’ issues on the sloping site and that the landscaped area with path to the river edge would “no longer be considered appropriate as it would be too disruptive to the wildlife in the green corridor”.

The new planning application aims to address these issues by moving the buildings away from the river bank and creating a more substantial, bio-diverse green corridor.

It continues: “Care has been taken to retain much of the existing tree belt that runs along the River Kelvin. The design looks to strengthen and enhance this important landscape feature.

“The building blocks have been sited in order to minimise encroachment into the woodland. A number of viewpoints along the river are introduced, providing new gathering spaces for the local community. These spaces cantilever over the embankment, minimising intrusion into tree root-zones.

“The buildings have been positioned back from the river’s edge to create a sufficient landscaped zone. Following the removal and treatment of invasive species on the site, Rankin Fraser landscape architects have developed planting proposals to increase the biodiversity and native
species.

“During discussions with Glasgow City Council’s Land and Regeneration Services, it was confirmed that only maintenance access should be provided to the green corridor in order to avoid disruption to the wildlife.”

Two of the blocks would be seven storeys high, one would have four floors and one would have three floors. It will be a car-free development with cycle storage provided for residents and visitors. Six secured spaces are allocated to existing residents, with a further six being used for a car-share scheme.

The application is pending consideration by Glasgow City planners. 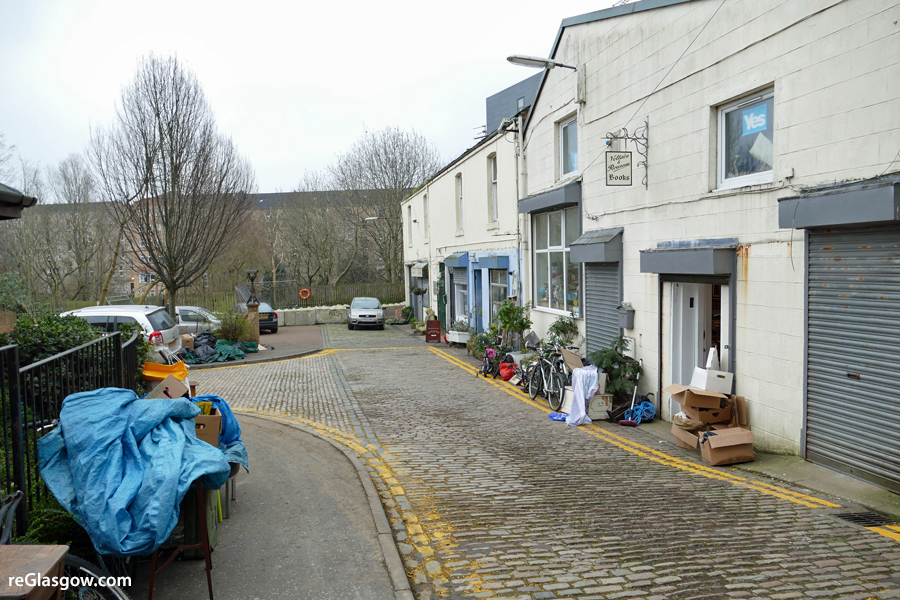