A RETAIL and leisure development — including a large store to be occupied by The Range — is being proposed for a site beside Great Western Retail Park, Drumchapel.

As well as The Range home, leisure and garden outlet, taking up 4,645 square metres, there would be a 2,900 square metres of leisure space at first floor level. The operator or type for this has not been revealed. Two small cafe/restaurant units are also part of the proposal.

The application by Kier Property Developments Limited is for a site bounded to the north by Allerdyce Road, to the east by Duntreath Avenue, to the south by the slip road from the A82 to Duntreath Avenue, and to the west by the land occupied by a bingo hall.

Documents submitted to Glasgow City planners state: “It is forecast that, once developed and operational, the new retail unit (to be occupied by The Range), the leisure unit, and the two [food and drink] units will support between 140 and 160 new local jobs.

“This site has always been regarded… as the final site to be developed as part of the overall Great Western Retail Park complex, even although for much of the past two decades it has been in separate ownership.

“The proposed development will deliver long-overdue investment for the Drumchapel area. This is the one remaining area of land which remains undeveloped following the closure, over two decades ago, of the former Goodyear tyre factory.

The application is pending assessment by Glasgow planning department. 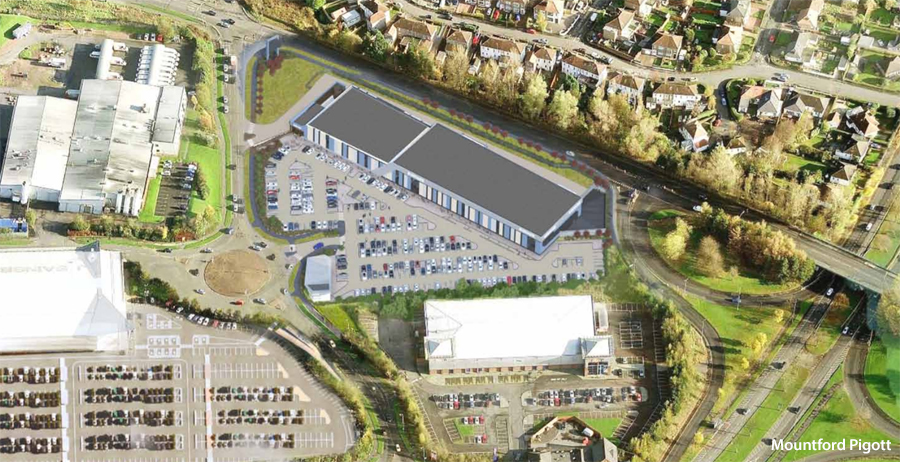