Twenty-four communities took part in the initiative, up from six in 2017, following a successful campaign — led by Councillor Anna Richardson, City Convener for Sustainability and Carbon Reduction — to encourage more take up the offer of free road closures. 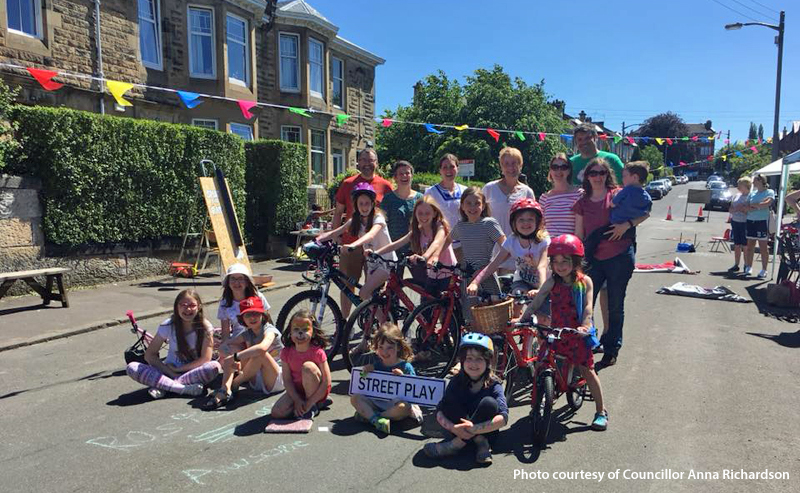 She said: “In the many conversations I had with people attending, I heard of neighbours who were only meeting today after years of living on the same street, of kids learning to ride a bike for the first time, businesses doing a roaring trade with all the extra footfall, ideas being hatched by community groups for even bigger, bolder events in the future, and of residents just grateful to have some respite from passing through traffic on this glorious day.”

“There was a fantastic mix of large community events and local gatherings put on by small groups of residents.” 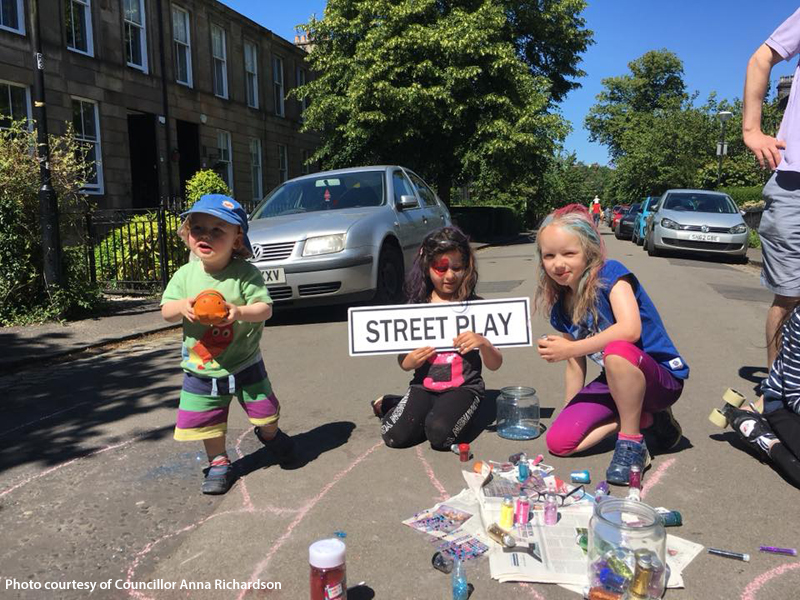 Street Play is a national initiative run by Play Scotland and is normally held on the weekend closest to Mid-Summer’s Day to provide the maximum amount of daylight for play outdoors. 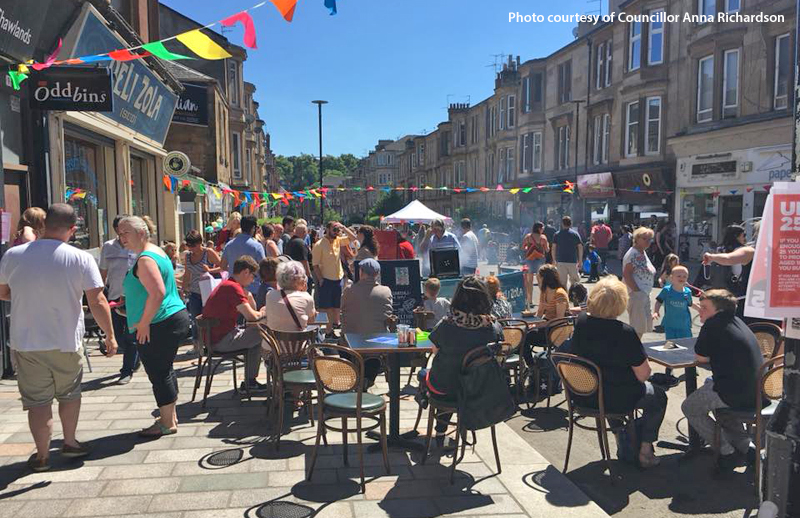 Glasgow City Council organised free-of-charge road closures for all the local groups and community-based organisations which successfully applied to participate.

There was a broad range of activities from bouncy castles to dance displays and street sports, plus traditional games such as skipping, marbles and hopscotch. 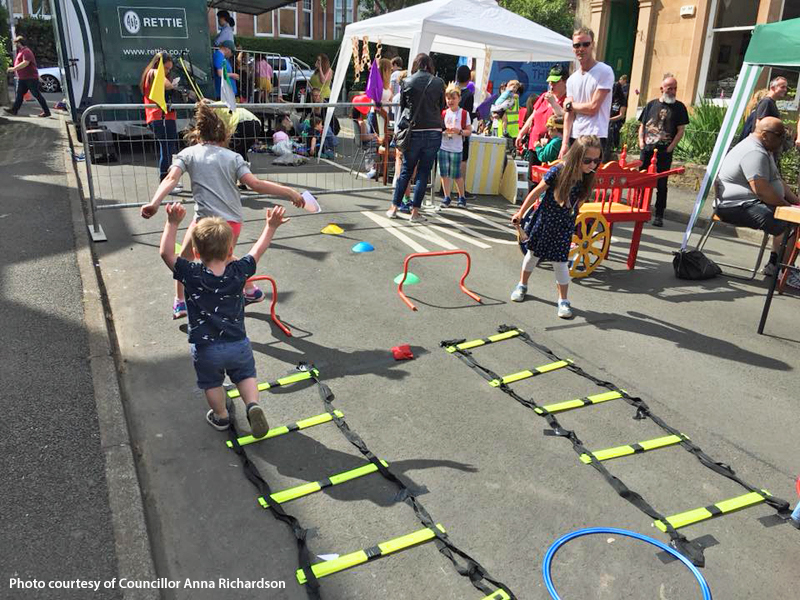 Councillor Richardson said: “I am absolutely delighted that this year so many more local groups and organisations took advantage of this great scheme. Street Play is chance to put the traffic at bay for a day and get outside and play. 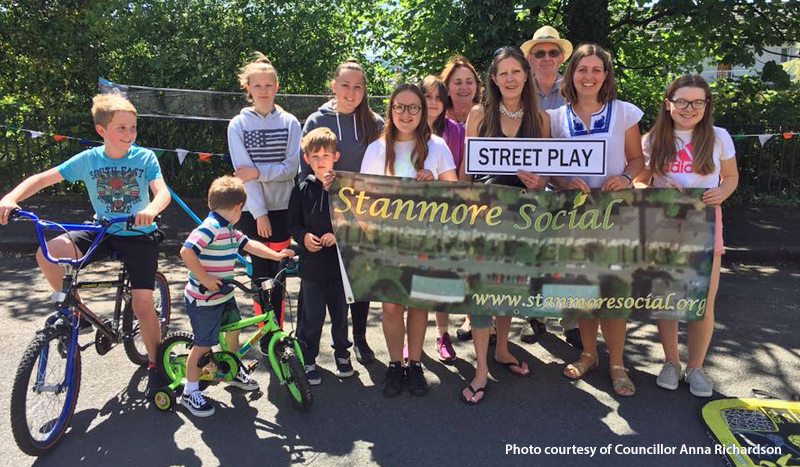 “Street Play is all about freeing up space so that people can socialise and enjoy themselves. It’s great that the council is supporting this scheme, helping to create special occasions for local communities.”