CONVERSION of a B-listed Glasgow City Centre building is being proposed for Scotland’s first Meliá hotel.

Planners are being asked to agree to the development at 250 St Vincent Street which includes a three-storey extension at upper levels.

The building, on the corner with Douglas Street, would become a 149-bedroom Meliá Innside hotel, with restaurant and bar plus conference and wedding facilities and a fitness suite. Forty-four full-time equivalent jobs would be created. 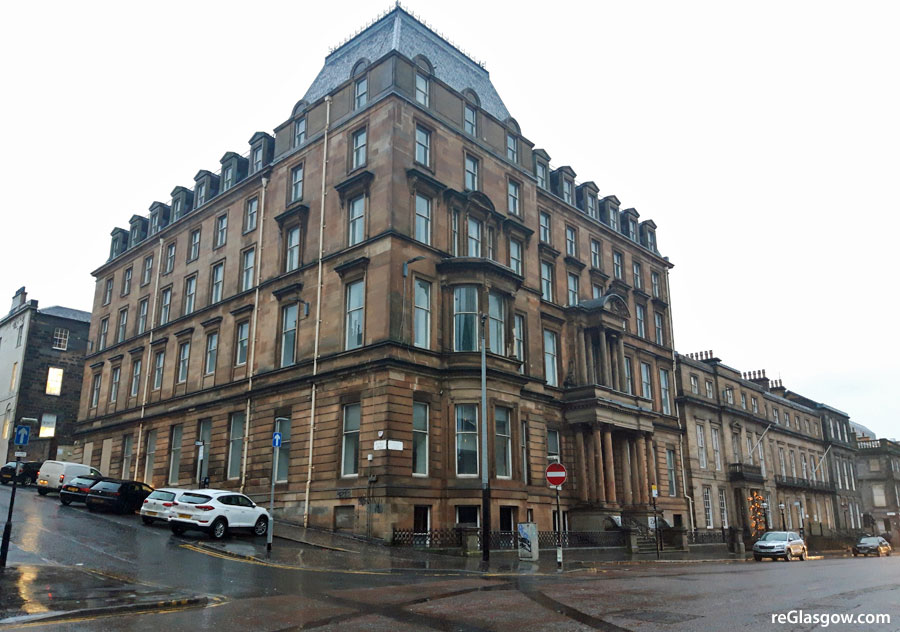 A statement submitted to the City Council explains: “The redevelopment will bring a longstanding vacant office building back into beneficial use, reinstating the grandeur of the building and returning it to its original use.

“The Innside brand operates as four and five-star hotels marketed at the travelling professional with high-quality, contemporary and playful interiors providing a welcoming experience for both guests and visitors alike.

“A key component of the development is the front-of-house offering which is open to both the public and hotel residents, creating a vibrant new destination and bringing activation to this part of Blythswood Hill.

“The development provides significant conservation gain through the careful repair and conservation of the historic façades, remodelling of the internal spaces and reinstating a number of external features which had been lost as part of a 1980’s redevelopment which involved the demolition of the majority of the building where the elevations to St Vincent Street and Douglas Street only were retained.”

Constructed in 1878, the building was designed by architect James Thomson and opened as Macleans Hotel later becoming the Windsor Hotel. During the late 1980’s the building underwent substantial redevelopment works to convert the building into office accommodation for the Royal Bank of Scotland but was full vacated at the start of 2018. It has been has been extensively marketed as office space with no interest. 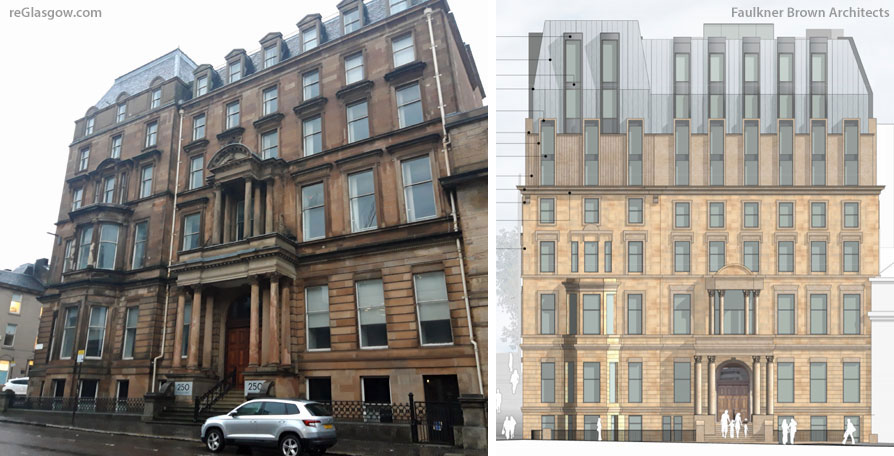 The document continues: “In order to facilitate the requirements of Meliá, the development comprises of an upward three-floor extension and the rebuilding of the existing fifth floor [constructed in the late 1980s conversion].

“The proposed roof extension has been sensitively and carefully designed to mitigate the sense of scale and to complement the existing architectural characteristics of the building.

“Owing to the size and layout constraints of the existing building, Meliá have agreed to a number of compromises to their brand standards in order to accommodate the limitations posed by the building.

“In particular, Meliá have compromised significantly on their restaurant and lounge offer. These elements are a key part of the Innside brand and account for a significant part of the return from the hotel operation.

“In order for the development to be commercially viable to Meliá, considering the loss in potential earnings from the significantly reduced restaurant and lounge offering, in addition to the commitment to the historic fabric refurbishment and restoration of the building, it is necessary to incorporate an upward extension in order to provide additional hotel rooms above that of their minimum operating requirements.

“Engagement with the council was initiated at the very early stages of the design development which has enabled issues to be identified and solutions considered and presented to ensure that a robust final design was reached to the satisfaction of all parties.”