PERMISSION was today given for a massive mixed-use development — including more than 400 flats — at the former Victoria Infirmary site on Glasgow’s South Side. 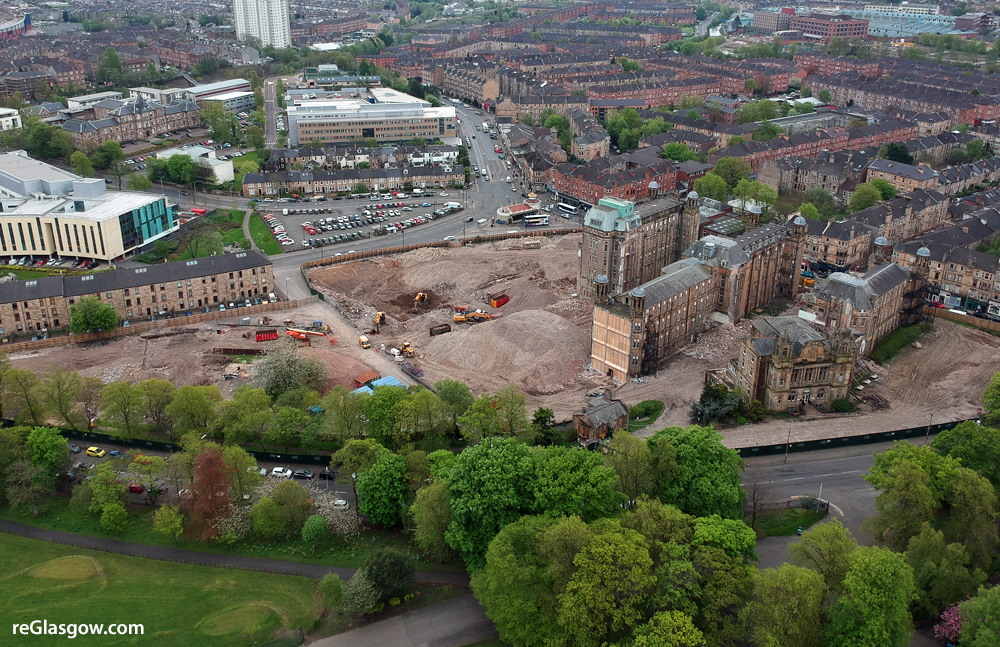 The development will be carried out in three phases and will include 14 new buildings as well as keeping the category B-Listed administration building on Langside Road and the three ‘Nightingale’ ward buildings fronting Battlefield Road.  (The Gatehouse building, will also be kept although no proposal has been made for its use yet.)

A report considered by councillors stated: “The new buildings echo the arrangement of the Nightingale Wards, forming a series of green amenity spaces for residents, while also providing a clear pedestrian friendly connection across the site.” 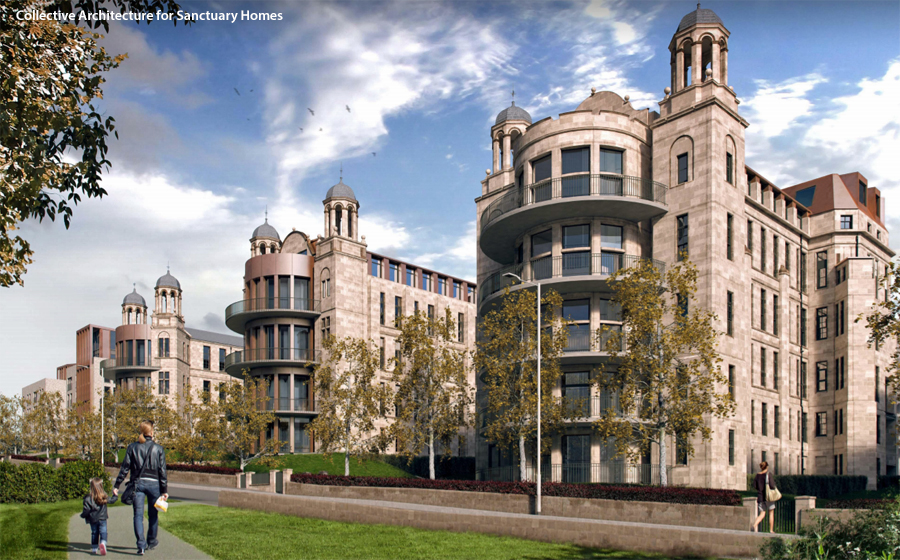 Phase one involves the south of the site, and involves converting the Nightingale wards into 68 flats, including “a modern reinstatement of the two lost balconies onto Battlefield Road in a treated copper cladding”. There will be a further 59 flats in four new residential blocks.

Phase two is to the north, fronting Queen’s Park, and Grange Road, and will have six buildings containing 151 flats with amenity areas between each block. The flats will have floor-to-ceiling windows, balconies and rooftop terraces. 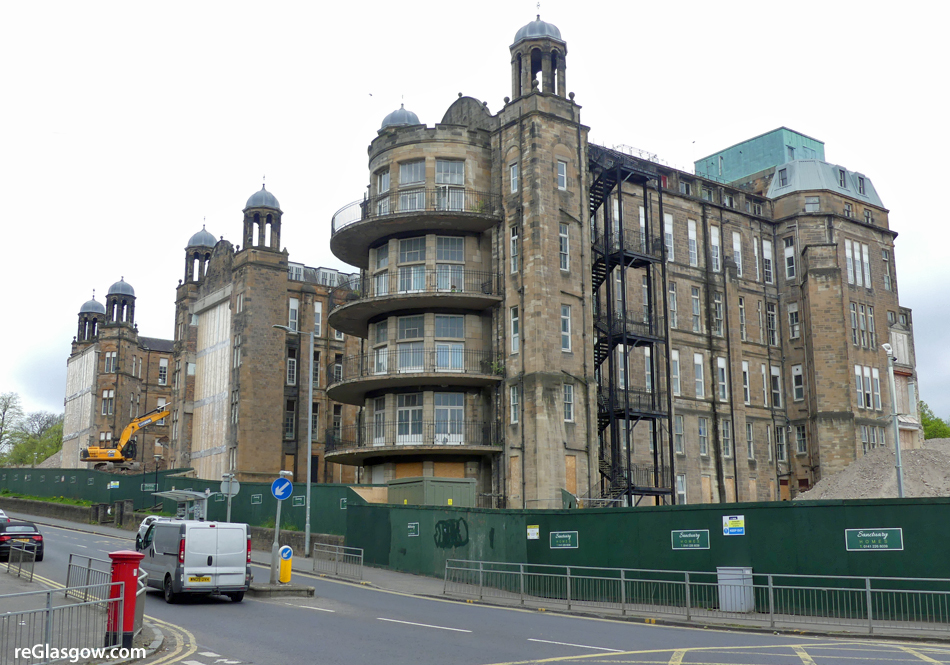 The third phase is the centre of the site, running from the Battlefield Rest to Queen’s Park. It will have a pedestrianised route through it and will include the conversion of the old administration building into office and commercial space. There will also be four new buildings containing a total of 135 flats with ground floor commercial space. 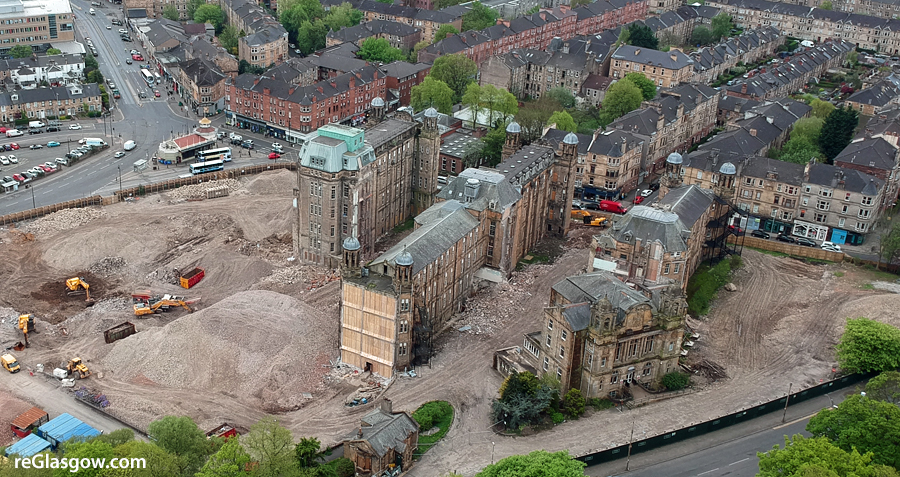 There will be 390 residential and 17 office car parking spaces, most of it in undercroft parking areas.

Planning officials stated in their report: “The development proposal will facilitate the reuse of a large, strategically important brownfield site that will bring extensive regeneration benefits for the existing community, as well as the wider City of Glasgow. The developer is retaining and reusing the best of the existing buildings and re-imagining this former institutional site to provide quality residential accommodation within a sustainable location.” 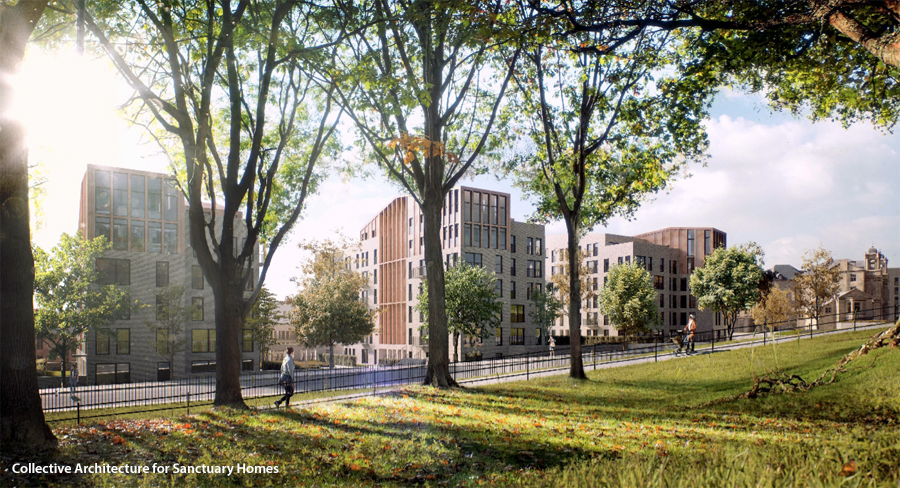 The site has been vacant since May 2015 following final relocation of services to the New Victoria Hospital (which opened in 2009) and Queen Elizabeth University Hospital. It was sold in 2016 to Sanctuary Homes.

The Victoria Infirmary opened on 14 February 1890 within the earliest, now listed, building located on Langside Road. New wards opened in 1893, doubling the number of beds, and by 1902 waiting lists were so long that management decided to build a new ward block, which opened in 1906. The expansion of the hospital continued through the 1920’s and 1930’s, when the final wing onto Battlefield road was constructed. More development occurred through the 1950’s, 60’s and 70’s.