CONTEMPORARY visual artists Joanne Tatham and Tom O’Sullivan will create a large-scale sculpture in Glasgow’s George Square for the duration of Festival 2018, the arts and culture programme of the Glasgow 2018 European Championships.

As part of Tatham and O’Sullivan’s commission, they have created the artwork for the Festival 2018 logo and brand, which will showcase the upcoming Festival 2018 programme and set the scene for what will be a major attraction in the Square, described as “the beating heart of the championships”.

Tatham and O’Sullivan began working together when studying at the Glasgow School of Art in the mid-1990s, first exhibiting collaboratively at Transmission Gallery in Glasgow in 1995.

The artists have gone on to present their work internationally; their most significant projects include an installation at Coachella Valley Music and Arts Festival and the unique Christmas tree sculpture installed in London’s Granary Square at Kings Cross.

Glasgow will be the latest location to display a major new work by Tatham and O’Sullivan, reinforcing the city’s position as a centre for contemporary art and the creative industries.

Tatham and O’Sullivan said: “As artists who lived and worked in Glasgow for nearly 20 years we were delighted to be asked to work with Festival 2018. Our Festival 2018 logo was made in response to the Glasgow 2018 logo, and links in with a large scale commission that will appear in George Square during the European Championships in August.” 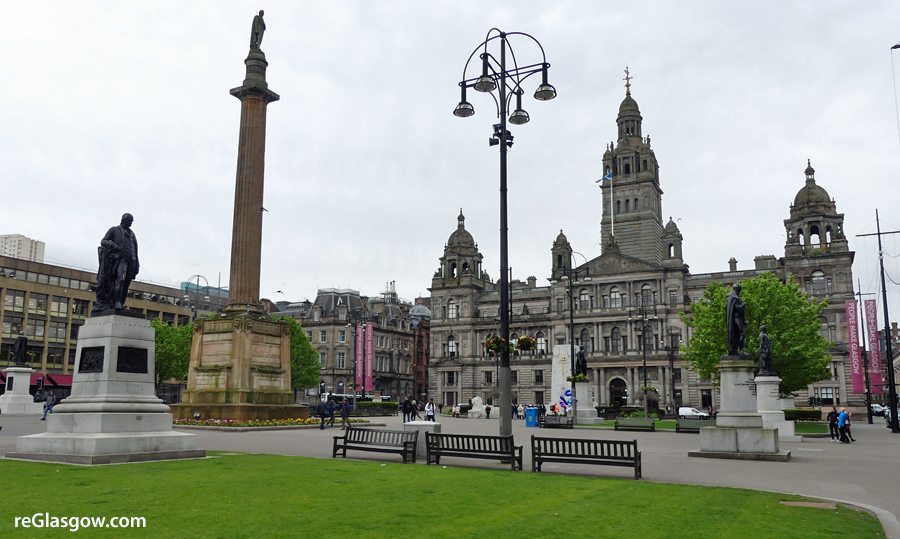 Culture secretary Fiona Hyslop said: “Festival 2018 will deliver a truly innovative cultural programme and it is wonderful to see two internationally-renowned artists with strong links to Scotland and Glasgow, bringing the programme to life visually.

“Visitors to George Square will be greeted with an exciting and large-scale piece of public art this summer, helping enhance the overall experience at Festival 2018 and the European Championships.”

Depute Leader of Glasgow City Council, councillor David McDonald said: “Glasgow’s global reputation for contemporary art meant it was always going to play a major role in Festival 2018 and its unique visual identity, celebrating a summer of sport and culture.

“This special commission, delivered by two talented artists and placed at the very heart of both the event and the city itself, will only enhance that reputation.”