The £30million building — which will have around 180 bedrooms and a roof-top restaurant — is proposed for the corner of West Nile Street and Bath Street.

Businesses on the corner — which also included a Blue Lagoon chippy — ceased trading earlier this year when their leases ran out. 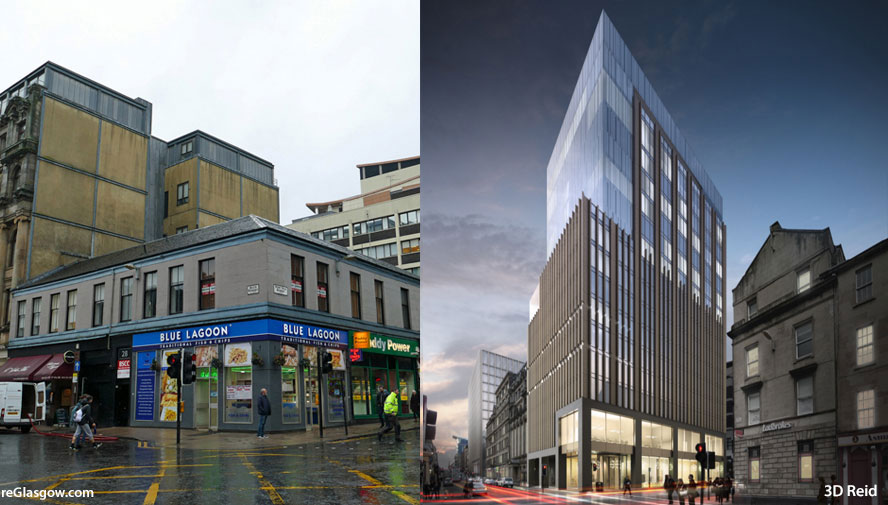 City officials issued decision notices today confirming the existing building can be demolished, with the hotel taking its place.

Signage on images previously lodged with Glasgow City Council indicated that the hotel would be under the lifestyle brand NYX Hotels, operated by Leonardo Hotels.

Application documents state: “There is a confirmed operator for the development and this will be their first location in Scotland. The operator creates contemporary boutique hotels and have locations throughout Europe.

“The proposed hotel development represents a £30 million investment in Glasgow City Centre and will create circa 100 FTE [full-time equivalent] jobs.” 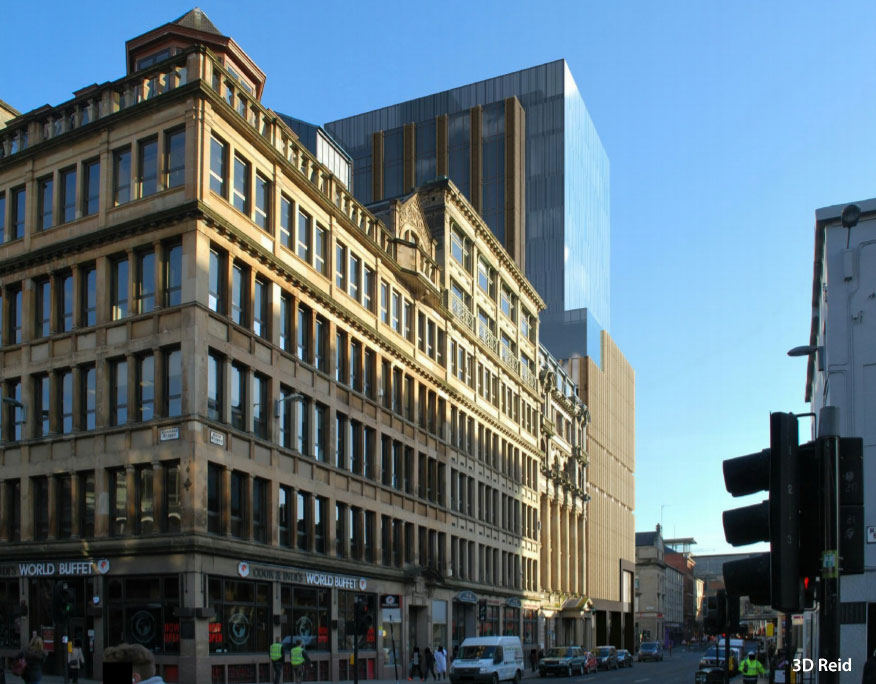 A design statement argued that the 14-storey hotel would bring the site “in line with the surrounding architecture” and that the existing two-storey building “significantly stands out from the neighbouring taller buildings”.

It adds: “The existing building shows no features of architectural merit, is not considered to be of special interest and, as a result has not been listed. Therefore, no traditional feature of value will be lost.”

“[Applicants] George Capital commissioned a Case for Demolition report to assess the impact of the demolition of the building on the conservation area, to provide further analysis into the architectural merit of the existing building and to further address the concerns set out in the consultation comments received.

“This report concludes that, based upon the assessment undertaken, it is deemed that the unlisted building does not make a positive contribution to the character and appearance of the conservation area.” 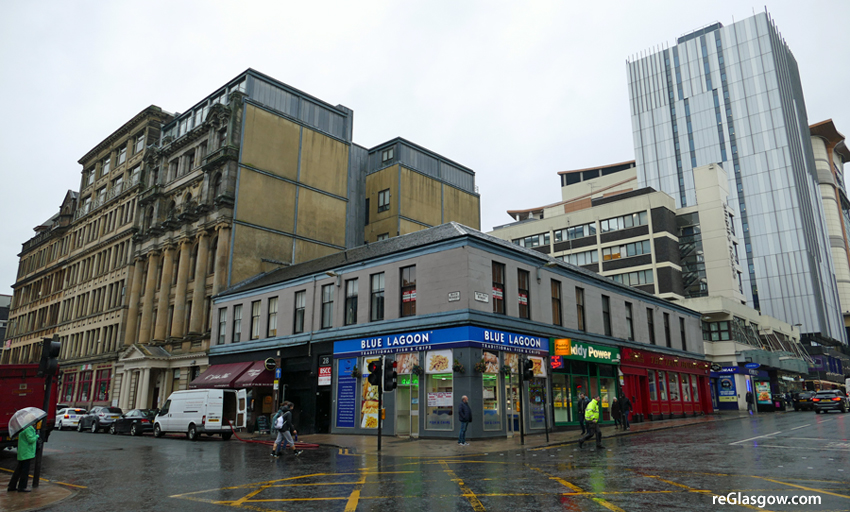 It continues: “Given the nature of the overall enhancement of the site, retaining active ground floor use… and facilitating tourism in Glasgow, the proposal is entirely in line with national, strategic and local planning policy.