A mixed-use application in principle by Drum Property Group and Stamford Property Investments for the whole site has been given the go-ahead along with detailed permission for a hotel with nearly 500 rooms. 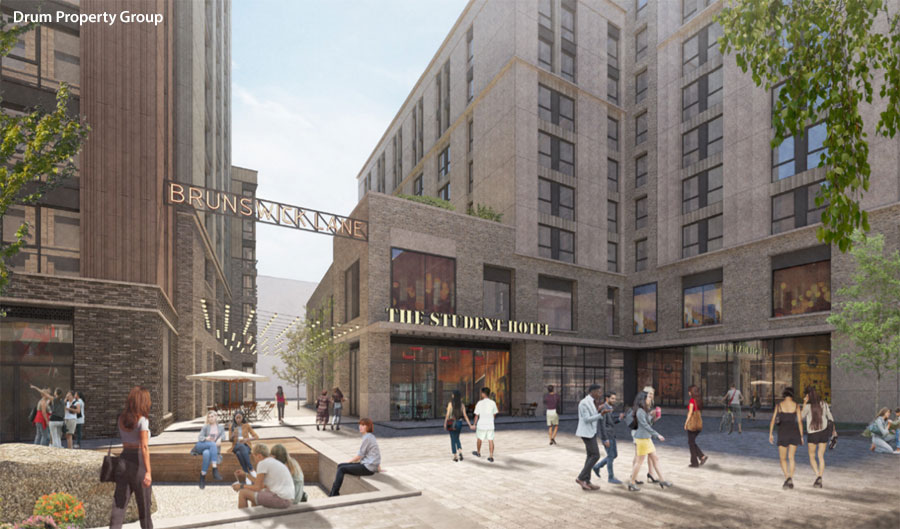 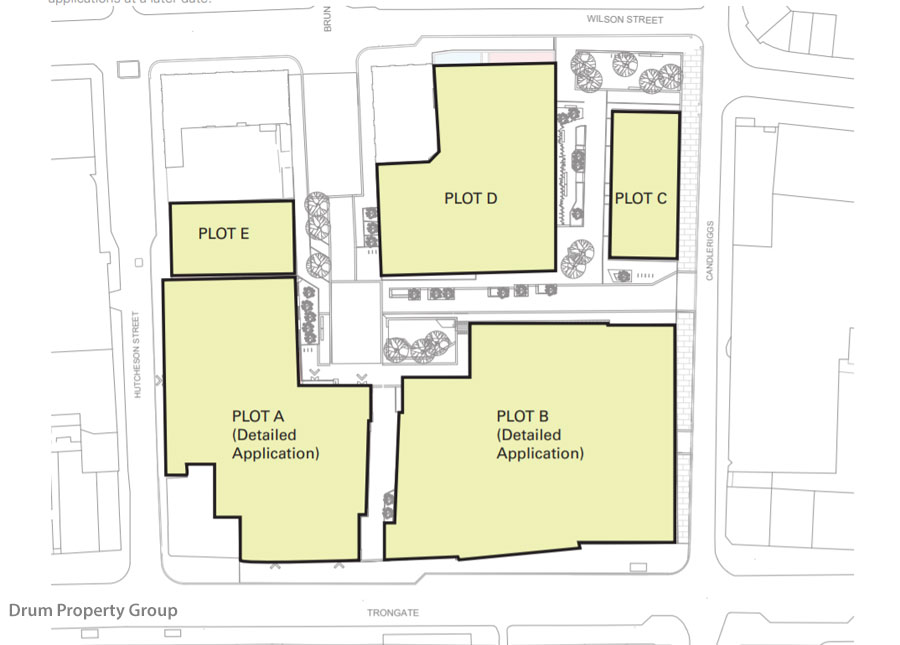 The land involved is at Trongate, Hutcheson Street, Wilson Street and Brunswick Street/Lane and has been divided into five plots.

In their report, planners stated: “The underlying design intention for the Candleriggs masterplan is to reintegrate the site and its buildings with its immediately surrounding context and, as a consequence, the Merchant City, by creating a vibrant, active and eclectic development which can successfully contribute to its unique sense of place and, thereby, its continued cultural heritage.

“It is considered that the proposed development succeeds in this aim through its varied offer and its associated architectural response.

“Trongate and Candleriggs, whilst historically an important part of City Centre retailing have suffered significantly over the last two decades, coinciding with the contraction of the main shopping streets.

“A key concept of the scheme as a whole is to provide diversity across the site, to allow for the creation of a mixed use development with vibrant 24-hour activity.

“The arrangement of the built form has been driven by the desire to achieve a dynamic, attractive and safe place, with complementary active uses at ground floor level, including small floorspace retail in appropriate locations. There has been no unrealistic expectation of proposals involving major retail floorspace.” 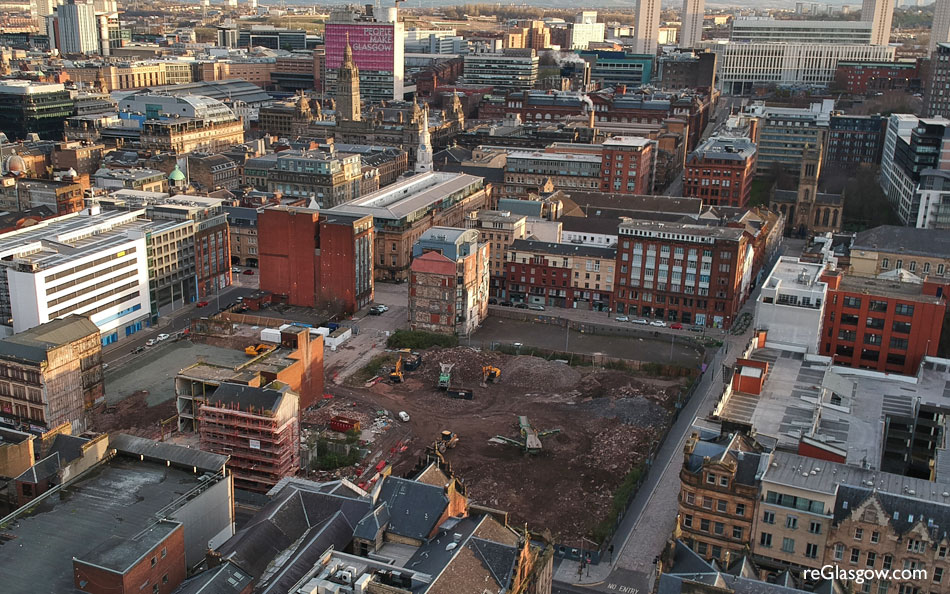 Officials continue: “”The proposal will facilitate the major regeneration of the Candleriggs site and will have transformational benefits to the urban fabric and to the environmental and social wellbeing of the Merchant City and beyond, acting as a catalyst to further development, without encouraging vehicle journeys or adversely affecting car parking.

“The site is fully accessible from all surrounding streets, with permeability enhanced through the creation of new routes through the site which converge on a large public square designed for multi-functional use. There will be no vehicular access through the site, other than service deliveries during specified hours.

“An extensive scheme of amenity space and public realm for the wider redevelopment site, including hard and soft landscaping, entertainment/community spaces, rain gardens, seating and informal play areas, water feature(s) and public art has been agreed in principle.” 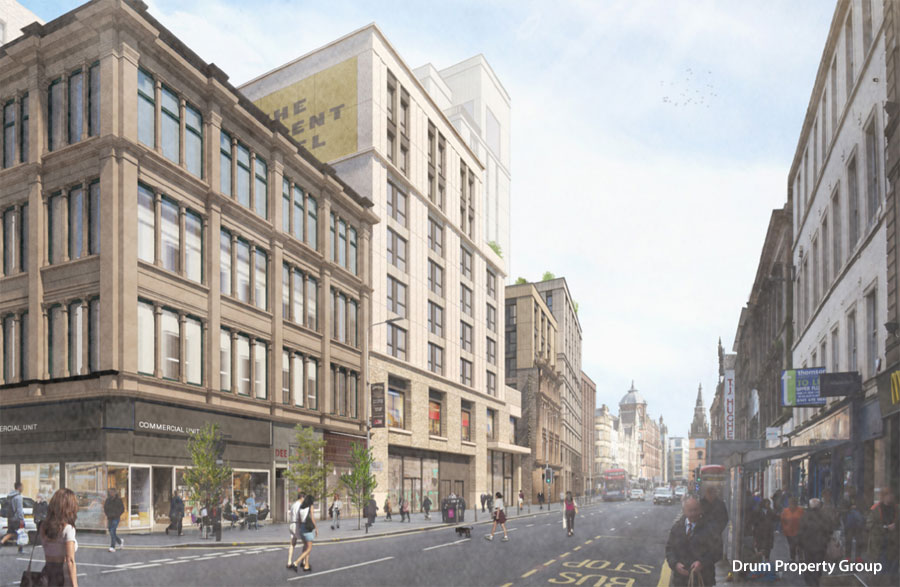 Phase one will see construction of The Student Hotel on most of the street block bounded by Hutcheson Street, Trongate and Brunswick Street. The brand caters for long-term guests, which includes students, and will have a restaurant and bar, a business centre (co-lab), an auditorium, a gym and a retail unit.

Plot B which will have around 350 build-to-rent apartments as well as a range of commercial units at ground floor, with a generous entrance lobby fronting Trongate, giving direct access to a communal landscaped courtyard at first floor in addition to a range of roof terraces giving views across the city. 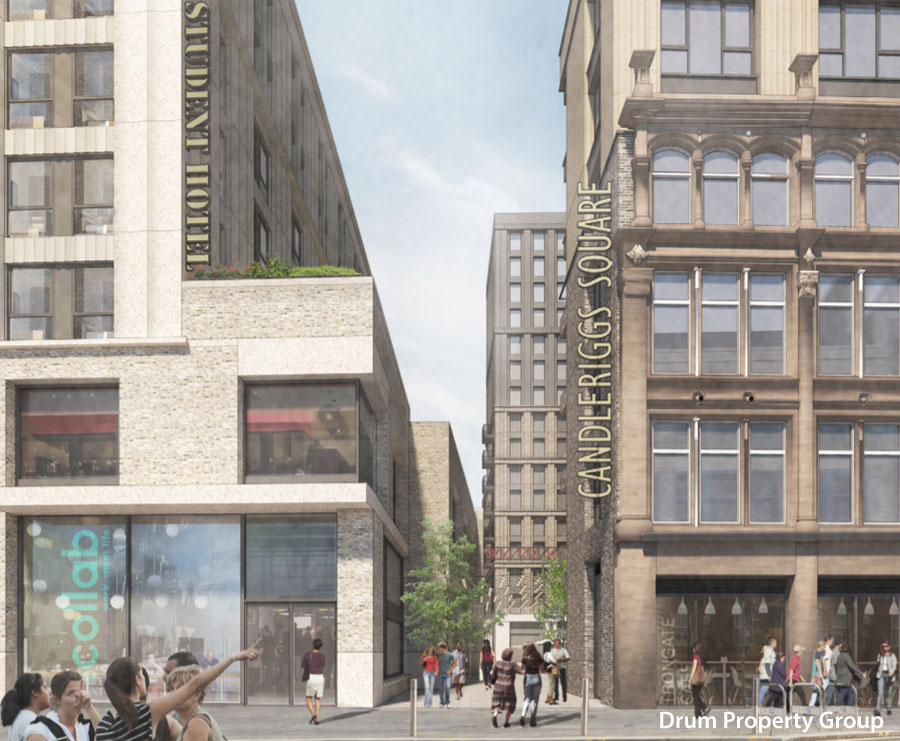 The other three plots will be suitable for office, residential and hotel use also with restaurants, pubs and an element of retail. 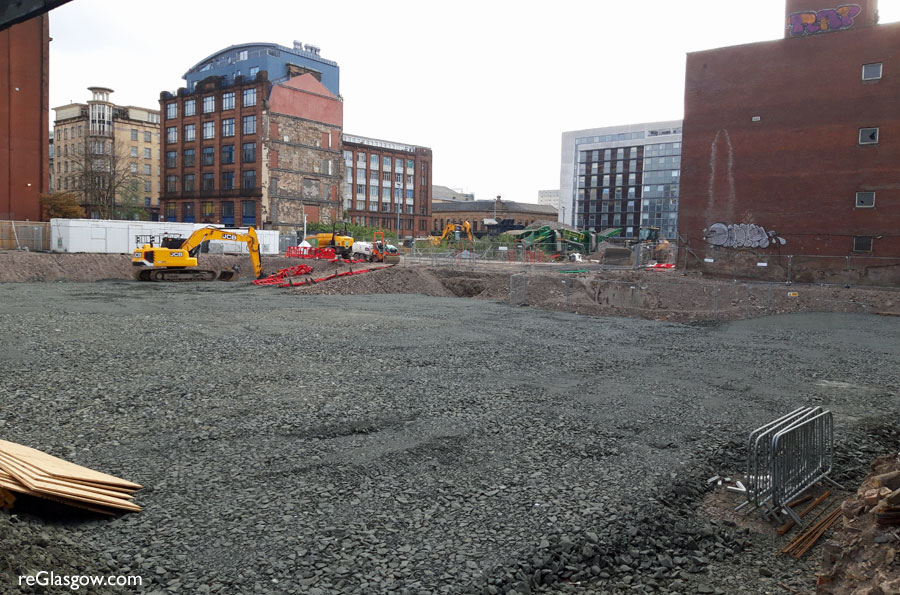 The council report further explains: “A deliberate decision has been taken to introduce buildings of various heights and plot widths and to locate taller buildings away from corners and further into the site to allow the development to respond to the site’s distinct and varied urban context and to ensure a contextual response to surrounding streets and existing buildings.

“The Merchant City is generally not considered to be a ‘sustainable area’ suitable for ‘tall buildings’, however, the scale of this vacant site provides the opportunity to permit height in appropriate locations.

“The massing of each building has been broken down and articulated to create a varied townscape that is consistent with the built form and physical character ofthe surrounding Merchant City.

“The tallest buildings are indicated to be 15 and 16 storeys and are focused around the new urban square within the site, away from the existing streets.”

The site has been largely unoccupied for a number of years since the closure of The Goldberg’s department store in 1990. 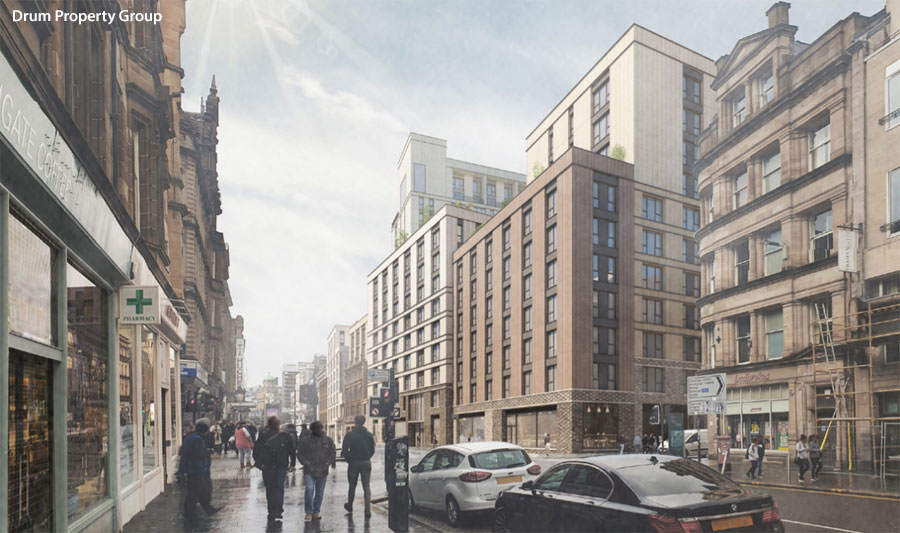