GLASGOW City Council has approved preparation of a revised business case for a scheme that could pave the way for a massive office development and public realm improvements in the area around Queen Street Station.

The reconfigured Tax Incremental Finance (TIF) scheme would involve investment worth tens of millions of pounds focused on the creation of office space with some complementary uses at the former Queen Street Station car park on North Hanover Street. 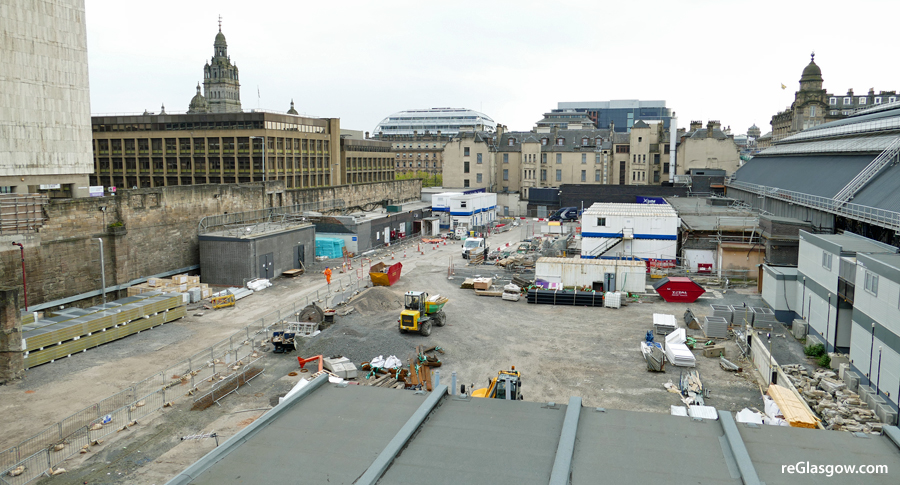 A feasibility study to determine what could be delivered at the site has confirmed that it could be developed to respond to the shortage of Grade A space in Glasgow city centre. It could support up to 300,000-square feet of office space above three storeys of station retail.

A business case will now be developed, and while early indications suggest that the amount involved would be £45 to £50million, compared to £80million under a previous  TIF investment plan, it is expected that the economic impact will be around the same.

Councillor Susan Aitken, leader of Glasgow City Council, said: “Our city centre is hugely important to the economic, cultural and social life of Glasgow and any new development brings with it the opportunity to make the centre a more desirable place to visit and in which to live and work. The revised business case for this project promises to enhance public spaces; support one of our major transport hubs, and deliver more much-needed Grade A office space in the heart of the city.”

Potential council investment through the TIF will be identified, including public realm improvements in the station surroundings and the George Square improvement scheme.

Funding for the proposed revised TIF would come from Glasgow City Council, with the council allowed to keep the non-domestic rates from the development.

An amendment was passed at the City’s Administration Committee to consider all financial models as part of the business case.

A TIF scheme is based on the ‘But-For’ principle: but for the TIF, private-sector — or associated public-sector investment — would not happen on the same scale, quality or time-frame.