MULTI-million pound plans for improvements to sections of Clyde quayside walls in central Glasgow are to be progressed including re-opening access beside the river between Tradeston and Springfield Quay.

Glasgow’s city administration committee today (27 September) agreed that major proposals involving stretches not owned by the council should be pursued. The projects involve quay walls at the Scottish Events Campus, the Canting Basin at Pacific Quay and Windmillcroft Quay. 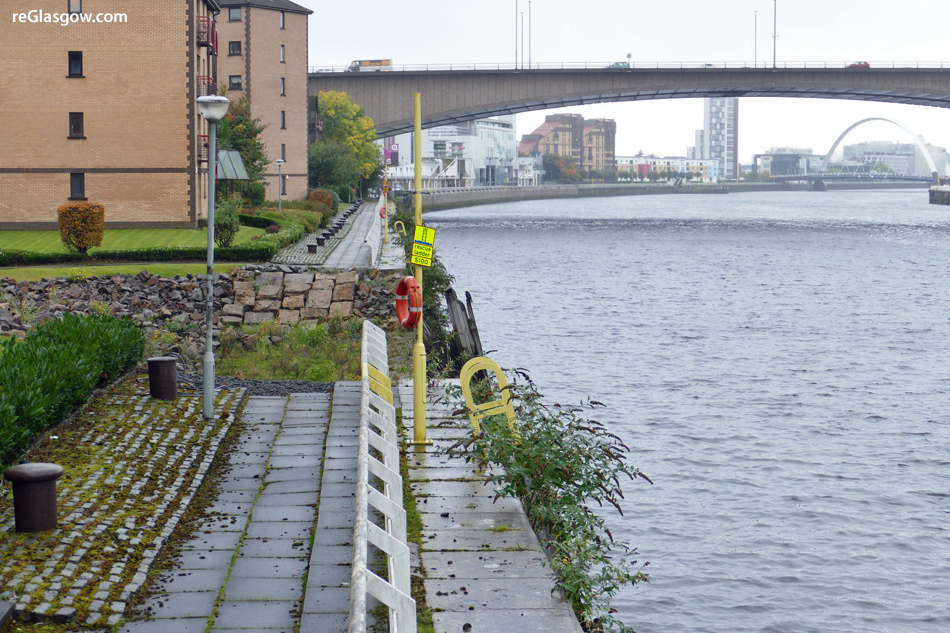 Funding will come from the Glasgow City Region City Deal as part of its £115million Clyde Waterfront and West End Innovation Quarter project, with approximately £50million allocated for quay wall works. It is anticipated up to £20million will be available for schemes involving quay walls outwith council ownership. 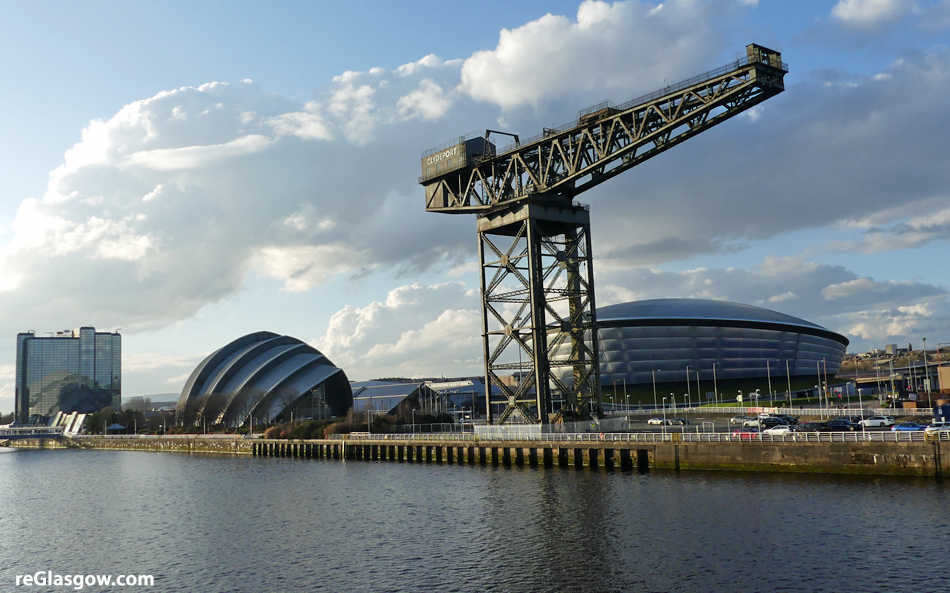 Upgrading quay walls on the north bank of the Clyde adjacent to the Scottish Events Campus (SEC) is expected to cost from £5million to £10million. Expansion is proposed at the site but the quay walls are in poor structural condition and do not provide adequate flood defence. Officials stated: “Investment in quay walls at this location has the potential to unlock a site of regional economic importance and to enhance the quality of connections along a significant stretch of the north bank of the river.” 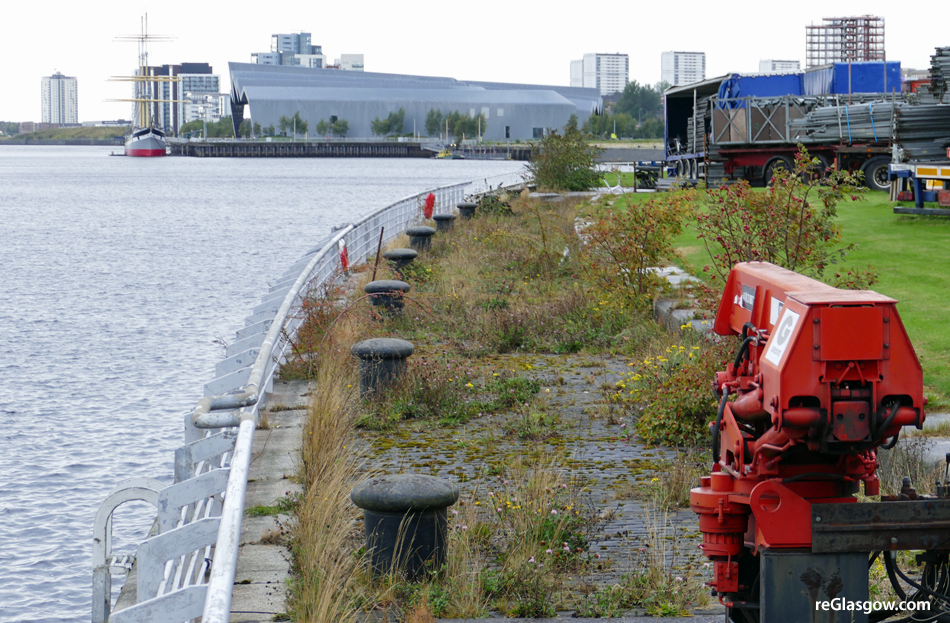 They add that: “Any subsequent redevelopment of the SEC West site would further uplift the economic contribution to the City Region, providing additional floorspace and employment. 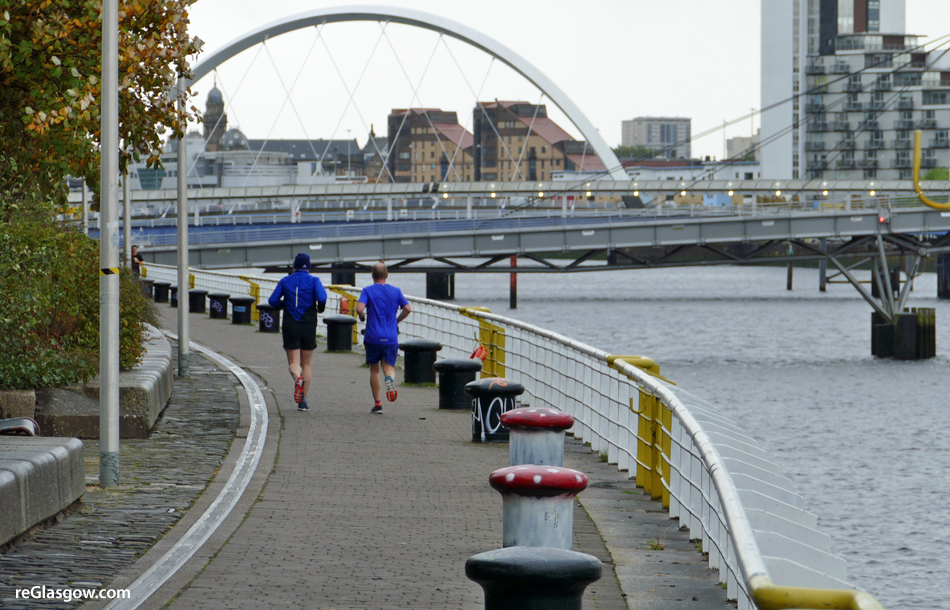 SEC Ltd will now be asked to submit a full application for grant funding. Officials say that proposals should “consider river edge treatment along the entire SEC Campus site including the area around the Finnieston Crane”.

Part of the wall at Windmillcroft Quay has collapsed meaning there is no pedestrian or cycle access along a 300-metre stretch of the river edge between Tradeston and Springfield Quay.

Officials say that the condition of the quay wall at this location has been noted as a factor that may deter future developer interest at neighbouring Buchanan Wharf. 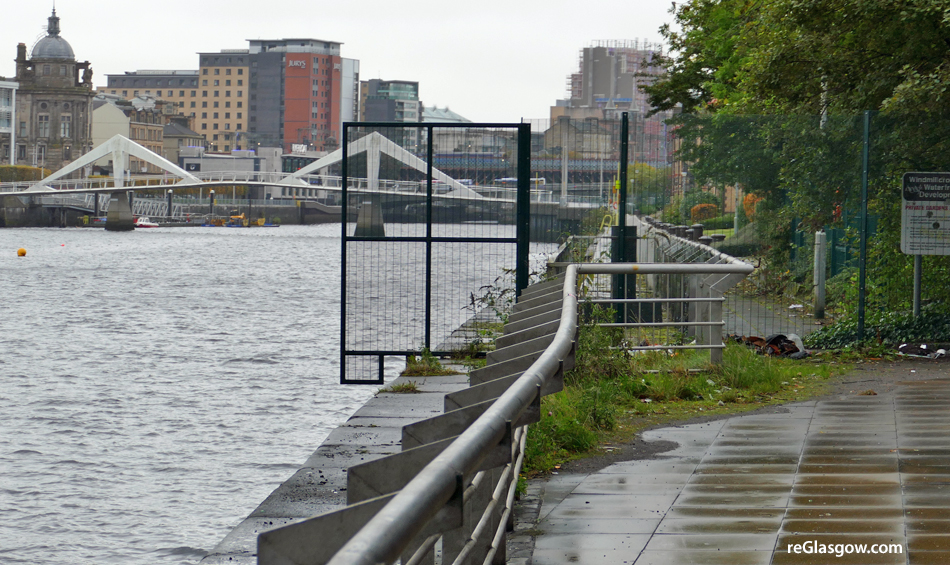 Spiers Gumley, who act on behalf of the 278 common owners at Windmillcroft Quay, have submitted an application for £11.6million of City Deal funding.

Finally a contribution of £350,000 is sought towards delivering high specification public realm works and pedestrian and cycle access along the river edge to the south of the Canting Basin at Pacific Quay wherewalls are in poor condition and do not provide adequate flood defence.  A planning application for a major mixed-use development has been submitted for the site. Density of the development has been reduced because of the need to design around previously unidentified active tie rods which support the quay wall. As a consequence a 30-metre stand-off from the Canting Basin is required meaning that the scope of the public realm works has increased significantly.

Councillors agreed that proposals should be developed and negotiations continued.

Councillor Susan Aitken, chair of the Glasgow City Region City Deal Cabinet and City Convener for Inclusive Economic Growth, said: “Today’s decision marks another step on the way towards the regeneration of the Clyde. Work on upgrading and repairing some of the quay walls on the Clyde is an essential part of taking the regeneration of the waterfront to another level. By working with third-party owners, we can use City Deal funding to unlock the potential of a number of sites on the banks of the river that will make a significant impact on Glasgow’s social and economic life.”