A FORMER Glasgow school is being turned into a sinister hospital setting for a major BBC drama production.

The old Adelphi Terrace Public School in the Gorbals will be used for around two months as a location for the second series of  psychological medical thriller Trust Me, which is set on the neurological unit of a Glasgow hospital. Other sites across the city are being used as well, including Scotland Street School.

Alfred Enoch (Harry Potter, How to Get Away with Murder) stars as Corporal Jamie McCain, a survivor of a shock enemy attack. Recovering from a spinal injury which has left him temporarily paralysed, Jamie faces a new enemy as fellow patients on the ward die unexpectedly around him.

The series also stars John Hannah (Four Weddings and a Funeral, Spartacus) as clinical lead, Archie Watson, a doctor, whose awkward persona hides a seedier and more sinister side, and Ashley Jensen (Extras, Catastrophe) as  Debbie, as physiotherapist who is fiercely committed to her patients.

John said: “I’m very excited to be involved in unsettling and disturbing the nation by being part of Trust Me in this Hitchcockian tartan noir thriller.” 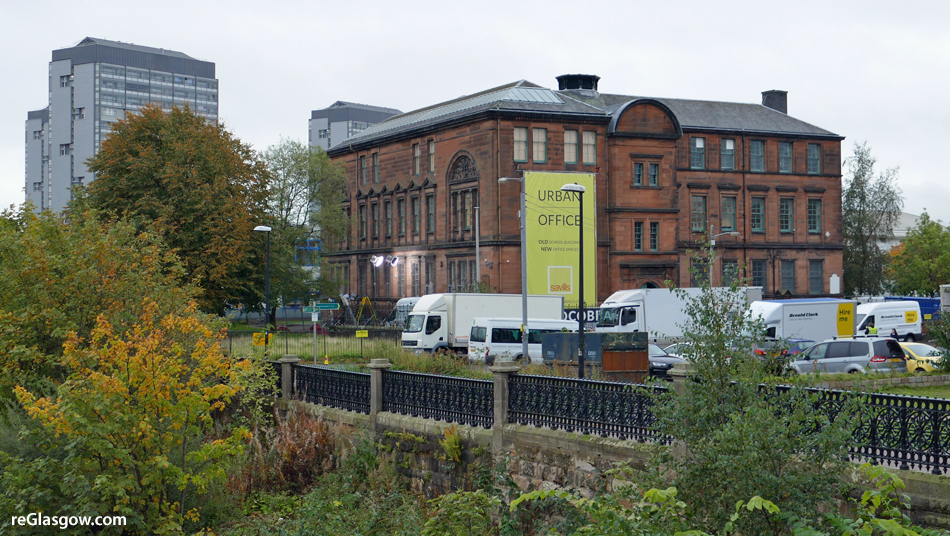 Writer and executive producer, Dan Sefton says: “I’m over the moon to be working with such fantastic actors on the new series of Trust Me. It’s great to write a series that stars established talent like John and Ashley, while also bringing young actors like Alfred and Katie to leading roles for the BBC.”

Nicola Shindler, founder and executive producer, RED Production Company, says: “I’m thrilled to be working with Dan again and with this story he’s invented a whole new world for a medical thriller that gets darker and scarier as the series progresses.”

The first series of Trust Me (starring Jodie Whittaker), which debuted on BBC One in August 2017, achieved a consolidated series average of six million viewers.

Gaynor Holmes, commissioning executive for BBC Scotland, says: “It’s very exciting to start filming Trust Me again in Scotland and to be welcoming the drama back to BBC One with such a fantastic new cast. The second series is an even more thrilling story and Dan Sefton’s scripts are page turners; I can’t wait for viewers to see what is in store.”

The series will air on BBC One in 2019 and will be internationally distributed by Studiocanal.