PLANS for a residential development at a former school in Govan involve demolishing most of the historic building but keeping the distinctive central entrance facade.

Linthouse Housing Association have applied for planning permission to build 49 houses and flats for social rent at the Drumoyne Primary School site in Shieldhall Road. 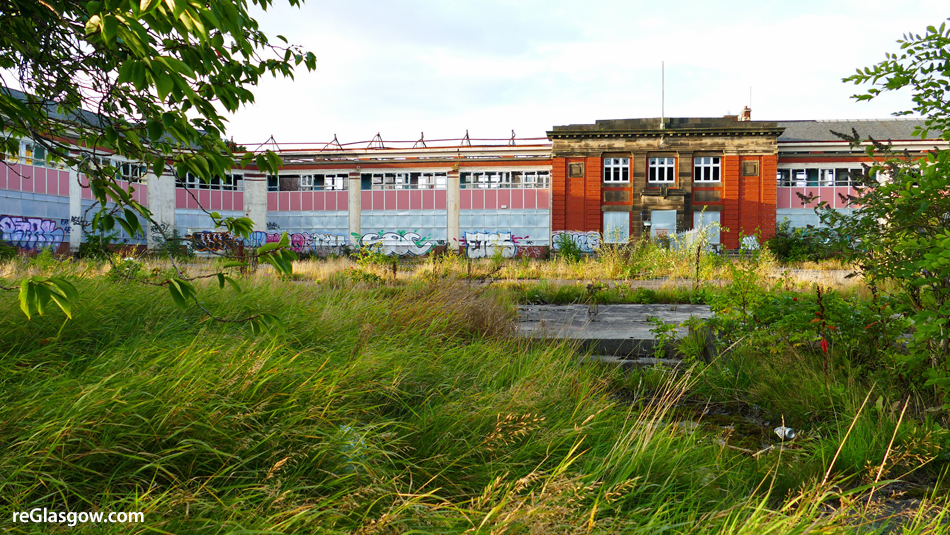 The original building was completed around 1931 and was altered in 1958. It is B-listed. The school closed in 2010 and the structure is in poor condition following neglect and two deliberate fires. 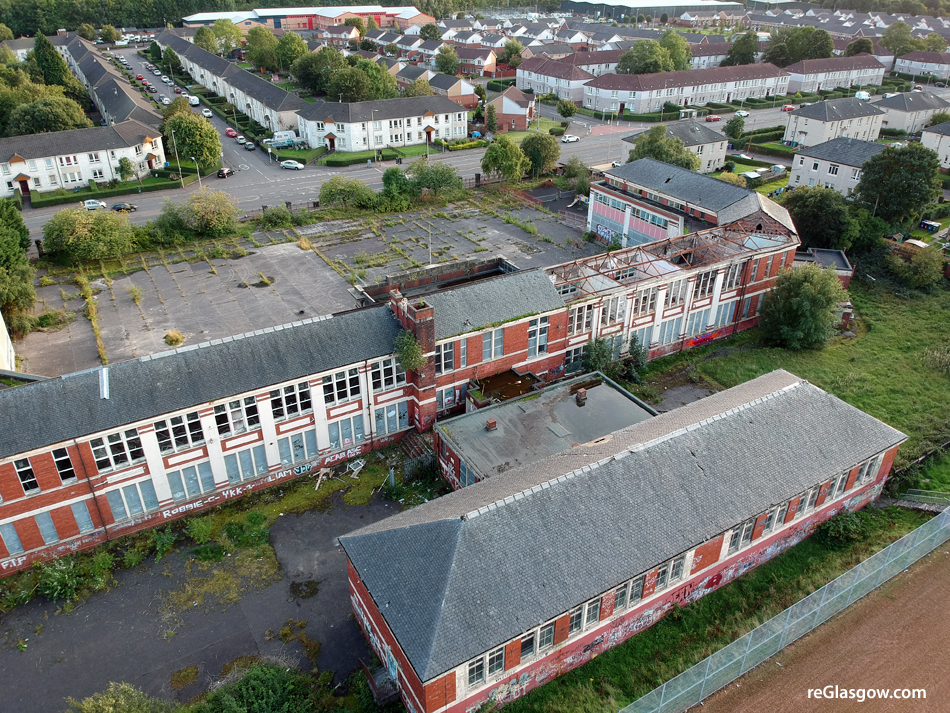 Documents submitted by Grant/Murray Architects on behalf of the housing association state: “From early design stages it became clear that the existing building does not lend itself to residential development, for varying reasons. Principal amongst these was the existing building’s form and projected costs.”

The statement continues: “Fundamental to the concept for the new-build option is the retention of the existing stone entrance façade to serve as a landmark for the surrounding environment.

“This façade is viewed as the most aesthetically important element of the existing structure and therefore will greatly enhance the design proposals.”

The architects add: “Moreover, the Shieldhall Road boundary walls and janitor’s house are to be retained, to create a balanced mix between new-build and the existing character of the environs.

“The proposed façade retention will serve as an entrance to new flats and therefore be retained within a new building. Indeed the façade.” 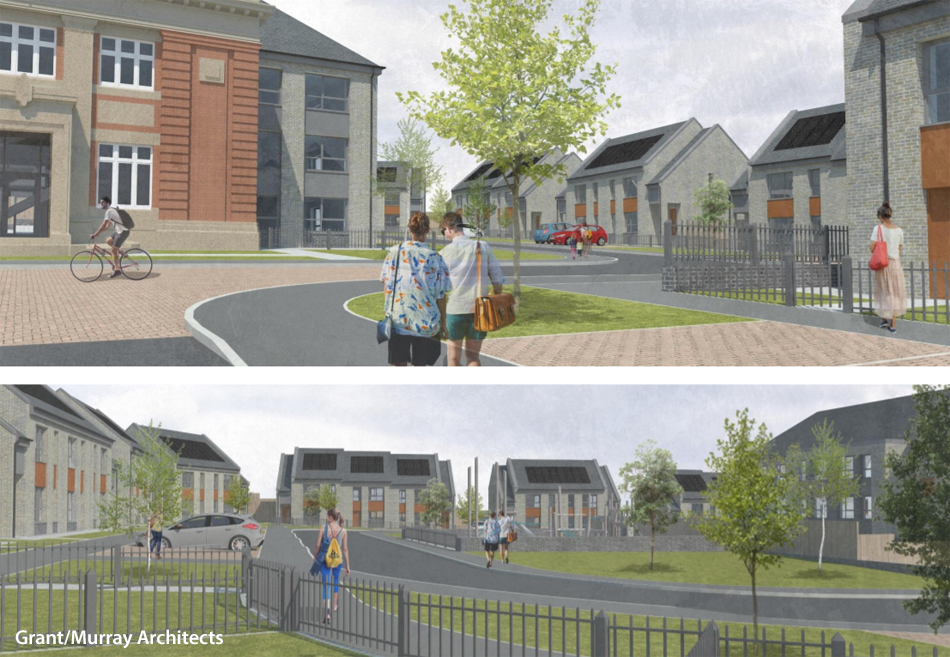