RESTORATION Of South Side Townhouse Terrace Can Go Ahead

A MAJOR makeover of former townhouses on Glasgow’s South Side — including halving the number of dwellings — is set to go ahead after councillors gave permission for changes to the building.

Kelvin Properties plan to upgrade the terrace at 10 to 22 Camphill Avenue, between Shawlands and Langside, near the south end of Queen’s Park. The buildings will be reconfigured so that there will be 21 flats instead of the current 41. 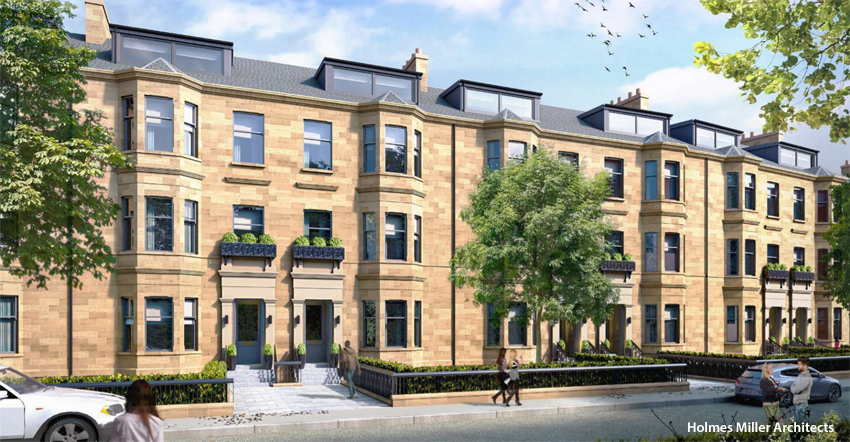 How the properties are expected to look

Twenty-five objections were received raising concerns over issues such as residential amenity, appearance, trees and parking, but the application won the backing of the city’s planning applications committee.

Council officials had recommended approval, stating in their report to the committee: “The proposal will facilitate the redevelopment of seven intensively sub-divided townhouses which would result in a high-quality conversion which respects the character and appearance of the properties and the wider street scene.”

Each original townhouse plot will have a maisonette at ground floor and basement level; a flat at first floor level; and a maisonette on the second and third floors (third floor in the roof space).

Garden areas will be completely re-landscaped to provide parking, bin storage and amenity space for residents. Twenty-one private car parking spaces will be provided to the rear of the site. 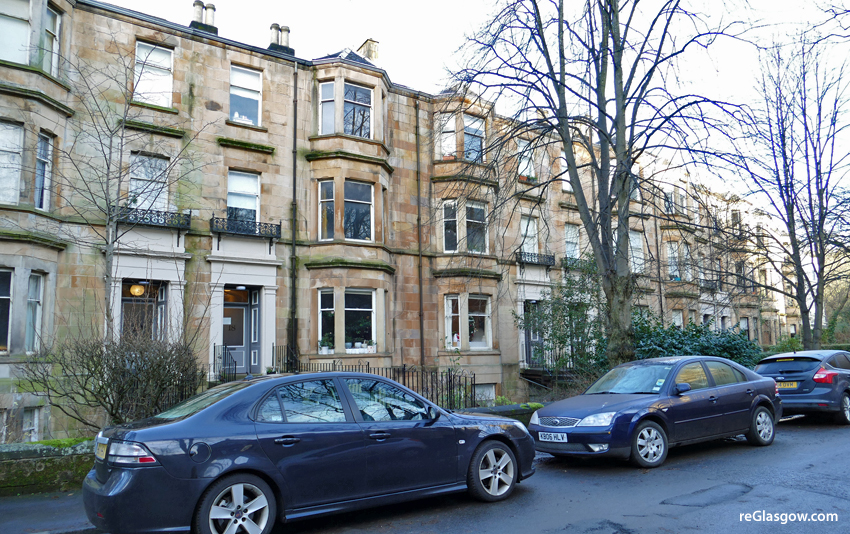 A submission by architects Holmes Miller had stated: “These properties were originally seven townhouses, but are now a complex division of flats and bedsits. In addition to re-configuring the internal layouts of the properties, a full restoration and refurbishment of the building will be carried out.

“This is to include stone cleaning and repair, window replacement in keeping with the character of the building, a new slate roof as well as providing a consistent line of dormers along the facade.”