A £56.8million vision for transforming a stretch of the Clyde waterfront at Govan has been unveiled.

It also features the south landing of the planned Govan/Partick foot bridge, onward walking and cycling connections and proposals for the redevelopment of the Govan Old church building as a cultural destination and enterprise hub. 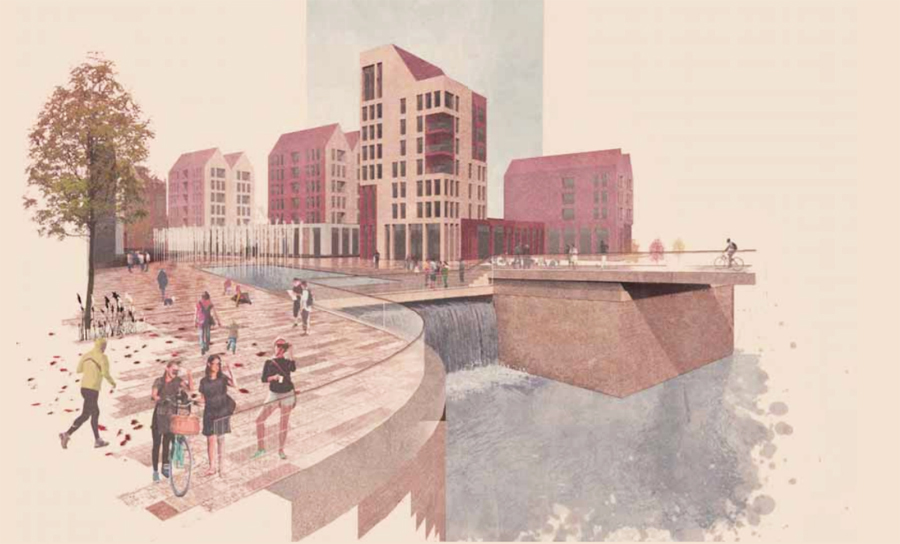 A landmark tower block is proposed at the new bridge arrival point. The rest of the buildings will be between two and seven storeys. In total there will be 159 flats, 41 terraced houses/townhouses and commercial space at ground and first floor levels.

The first phase will be developed on the east of the site (currently an informal car park) and will provide around 80 homes for mid-market rent and 1,850 square metres of commercial space with a completion target of May 2021. 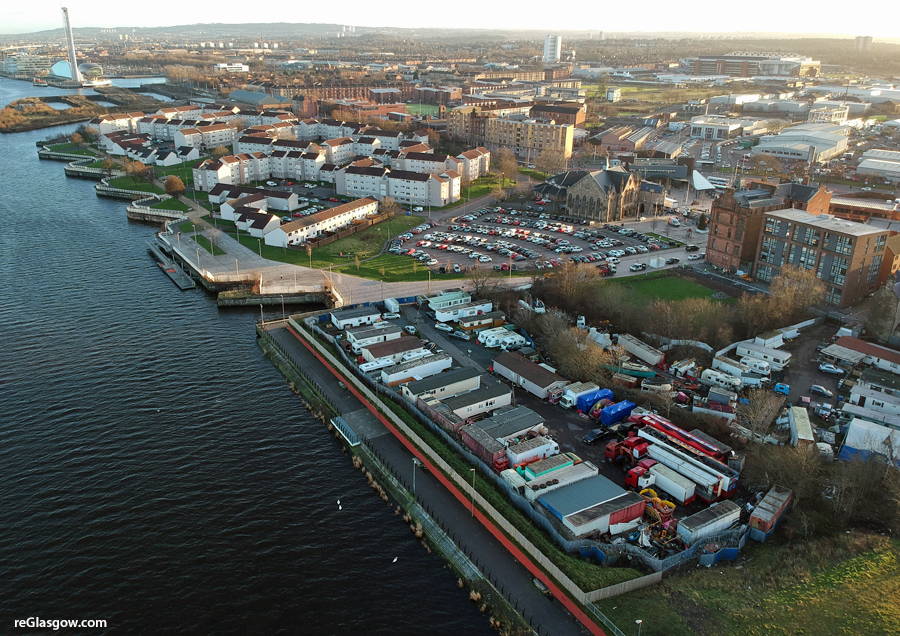 A report prepared for Glasgow City councillors states: “The masterplan aims to be an exemplar in place-making that will guide the development of this part of Govan to become an inspiring destination and neighbourhood ranged around the Govan/Partick bridge that capitalises on its unique heritage, excellent connectivity and distinct riverside location.

“Water Row will be at the heart of both the emerging West End and Waterfront Innovation Quarter and a cluster of major cultural destinations, including the Riverside Museum, and will seek to bring tangible social and environmental benefits, as well as inclusive economic growth to Govan.

“Water Row is a site of historic significance and strategic importance to both Govan and Glasgow. Once a vibrant crossing point of the Clyde and key shipbuilding location, the site has been under-utilised for over 60 years with current uses including two showpeople yards and an informal car park.

“The masterplan recognises the unique potential of the Water Row development site and its pivotal importance to the regeneration of both Govan and the river corridor.”

The report continues: “The proposals define existing and new urban edges, reinstate Govan Cross and establish a strong frontage and routes to the river.

“Blocks along Water Row are staggered, framing views within and outwith the site, forming a strong edge to a new public space at the proposed bridge landing point.”

Money for the regeneration is coming from agreed council budgets and private finance, including housing association borrowing, with new funding also being sought. 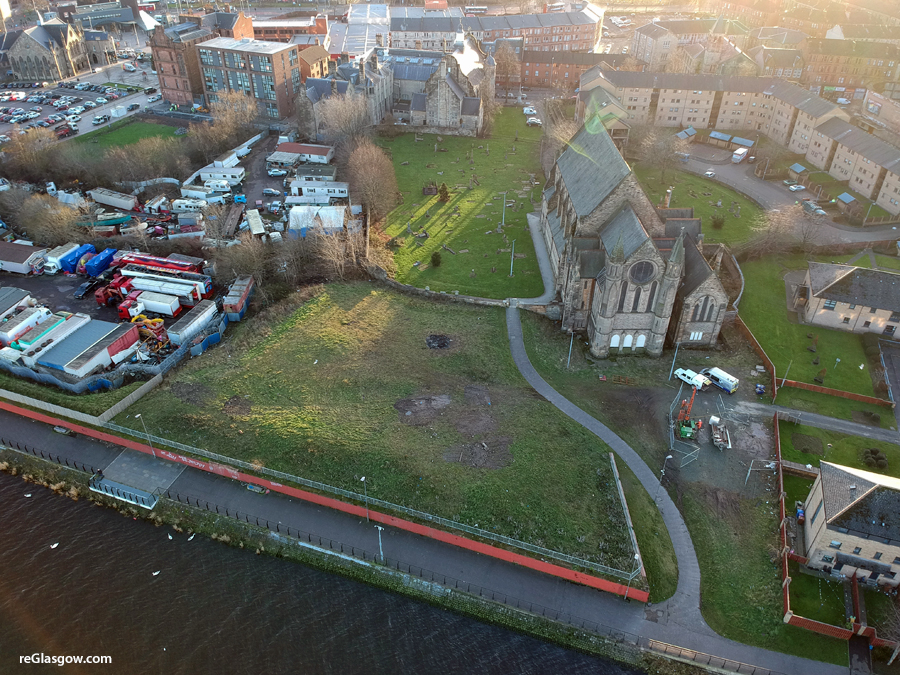 The preferred layout was determined via an options appraisal, with the most sensitive consideration being the future of two showpeople yards. It was concluded that neither yard could be retained, mainly because the land requirement “disproportionately impacts on site capacity” restricting population growth.

Both showpeople families were informed of this outcome in writing. Officials say the council and City Property will continue to liaise with the families to identify “suitable alternative sites” and facilitate the relocation of both yards.

The report acknowledges: “Legal action may be required to recover council-owned land at Water Row that is currently occupied by the Pearce Street Showpeople Yard. Council officers continue to liaise with those directly involved to reach a negotiated agreement for the relocation of the yard.”