STRATHCLYDE Partnership for Transport (SPT) is warning that bus passengers would suffer “disproportionately ” if all traffic is removed from George Square.

Its response to Glasgow City Council’s ‘conversation’ over the future of the iconic civic site states: “George Square is not only a civic space; it is a key thoroughfare and hub within the city and region’s transport network.

“The removal of all traffic from all parts of the square would disproportionately disadvantage bus users as a result of more convoluted routes and less convenient bus stop locations, reduce opportunities for integration between modes, and significantly reduce accessible pick–up and drop-off opportunities for those using nearby hubs such as Queen Street Station.”

SPT stated a number of considerations “should be at the core of any plans”:

•  Removal of all parking spaces 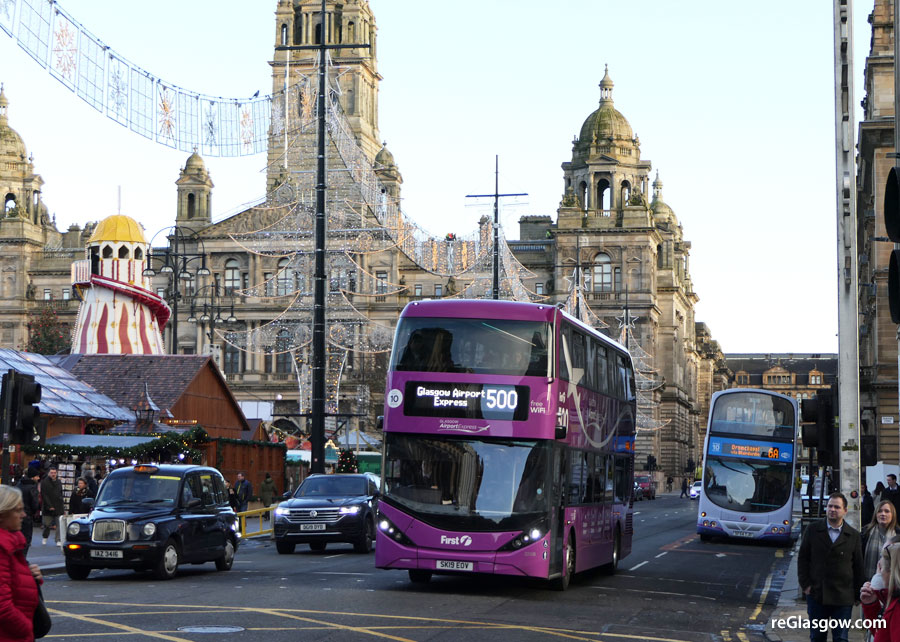 It also serves as a key route for many local and regional bus services going far beyond the city centre to areas outside Glasgow such as Lanarkshire, Ayrshire and Inverclyde and to hubs including Buchanan Bus Station.

George Square is also home to three specialist bus services — the 398 inter-station service, the 500 Airport service, and the City Sightseeing bus tours, all of which are described as “important parts of Glasgow and the region’s offer to residents and visitors”.

But the response, published in an SPT committee report, continues: “How George Square works at the moment is far from optimal. It does not fulfil its economic, social and environmental potential as a key section of the local and regional transport network, nor as a civic space.

“For example, it is difficult to find another major European city’s main square which has all four of its sides open to all traffic, with parking available on three of those sides.

“Altering how George Square works as a transport hub and thoroughfare, however, is not a task which should be undertaken lightly. What may seem a relatively small change could in fact have significant impacts on the wider transport network and thereon the economic, social and environmental wellbeing of the city and region.

“So in undertaking a community conversation on the future of George Square, the voice of the public transport user —  particularly the all-too-often forgotten and undervalued bus passenger –- must be given greater credence. Further, while community consultation is vitally important, so is robust transport appraisal and rigorous traffic analysis of the wider impacts and societal effects of any changes proposed.

“SPT therefore believes change is essential; provided it is done in the correct way. That requires an integrated, complementary and holistic approach to reviewing the development of the city centre transport network through the developing Regional Transport Strategy, Connectivity Plan, Regional Spatial Strategy, and other similar such documents, and new mechanisms such as Bus Service Improvement Partnerships arising from the Transport (Scotland) Bill.

“A collegiate approach is particularly important at the current time, with significant interventions such as the LEZ [low emission zone] and Avenues programme already impacting on how transport works within the city centre.

The response concluded: “SPT remains committed to working closely with the council and other partners in taking forward plans for George Square, and the wider city and region’s transport network in an integrated and coordinated way to maximise future economic, social and environmental benefits.”

The council is currently considering responses to the consultation. 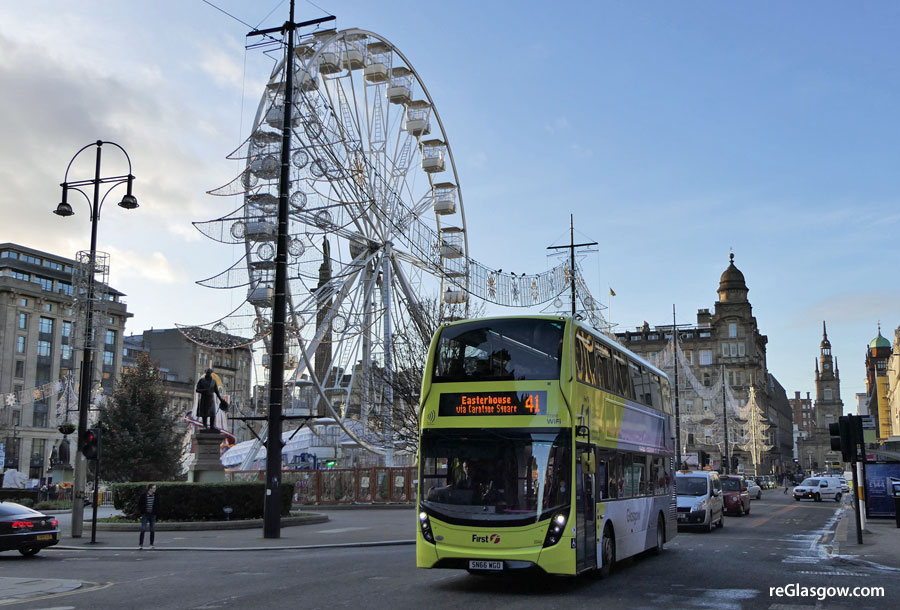